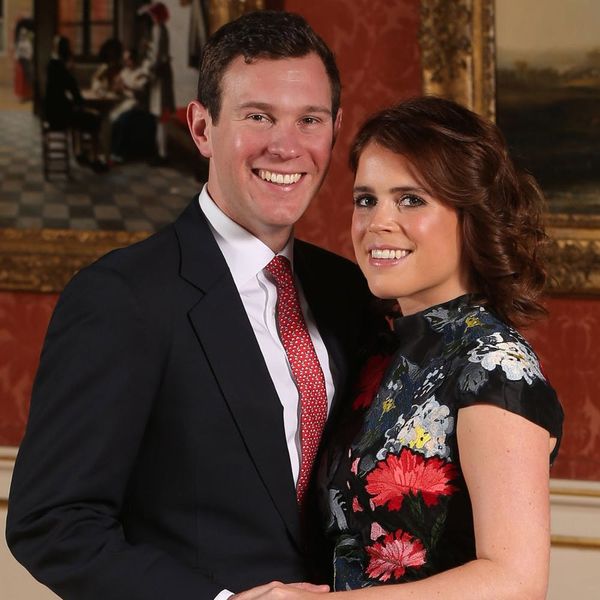 We were already planning the party we’ll be throwing to watch Meghan Markle marry Prince Harry on Saturday, May 19, 2018, and now we’re gearing up for another get-together with our royal-loving besties to see Princess Eugenie and Jack Brooksbank’s wedding.

Circle October 12, 2018, on your calendars, because according to the Duke of York’s Twitter account, that’s the day his youngest daughter will walk down the aisle. The ceremony will take place in St. George’s Chapel at Windsor Castle — the very same place where Prince Harry and Meghan Markle will exchange vows this spring.

The marriage of Her Royal Highness Princess Eugenie to Mr Jack Brooksbank will take place on 12th October 2018.

Princess Eugenie — Queen Elizabeth II’s sixth grandchild and Sarah Ferguson and Prince Andrew’s second daughter — announced her engagement to her longtime love in late January. The couple met while the princess was studying at Newcastle University and have now been together for seven years.

When the royal family was ready to let the world in on the happy news, the Duchess of York took to Twitter to share her feelings about the engagement, saying (over the course of a few tweets that included some adorable pics of the pair), “Total joy! They float with laughter and love … although a boat helps! I always say that the river flows well to its destiny because of the guidance of a solid rock.”

I always say that the river flows well to it’s destiny because of the guidance of a solid rock #engagement #eugieandjack @TheDukeOfYork @TheDukeOfYork pic.twitter.com/hvCnnOwZpo

We, like Fergie, can’t wait until the wedding rolls around next fall.

Are you excited for Princess Eugenie’s wedding to Jack Brooksbank on October 12? Let us know @BritandCo!

Desiree O
Desirée O is a ‘Professional Bohemian’ who loves anything and everything related to the arts, entertainment, and pop culture. She ADORES being a ‘Newsy’ for Brit + Co, covering all of the latest tidbits of awesomeness that you want to read about. When she’s not writing, she’s either making messy art, going on long adventurous walks with her camera, or poking around over at bohemianizm (http://www.bohemianizm.com/). You can find out about Desirée O and her work at http://DesireeO.com/ or follow her on Twitter @DesireeO.
Celebrity Wedding
Celebrity News
Celebrity Wedding Royal Family