Princess Eugenie Shares New Details About Her Royal Wedding (Including the Cake!) 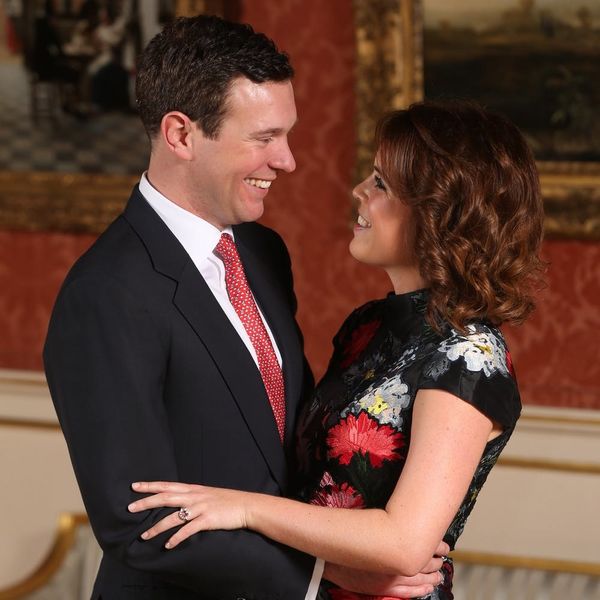 Since announcing their engagement back in January, Princess Eugenie and Jack Brooksbank have been making headlines, as royals watchers excitedly await any and all details about their big day, which will take place at St. George’s Chapel at Windsor Castle on Friday, October 12. With less than a week to go, the palace has now confirmed even more details about the nuptials (including the couple’s cake plans!) and the whole affair sounds positively regal.

In an official press release published on Saturday, October 6, the palace revealed that the Dean of Windsor, The Rt. Revd. David Conner, will officiate the wedding, while the Archbishop of York, The Most Revd. and Rt. Hon. John Sentamu, has written a personal prayer for the occasion.

When it comes to the soundtrack, the lovebirds worked directly with the Royal Philharmonic Orchestra to personally choose the music they would like to hear, and Andrea Bocelli is scheduled to perform not one but two songs. Meanwhile, James Vivian, Director of Music at St George’s Chapel, has written special vocals for two hymns that will also be sung during the service, and State Trumpeters from the Band of the Household Cavalry are set to perform a special fanfare.

As for the cake, Princess Eugenie and her beau have commissioned London’s Sophie Cabot to craft a red velvet and chocolate gateau that will fuse tradition with modern elements and will reportedly “incorporate the rich colors of autumn in its design and will be covered with detailed sugar work including ivy.”

Last but not least, it has been confirmed that members of Nijmegen Company Grenadier Guards will send off the newlyweds in style, greeting them on the chapel steps while pipers from the 2nd Battalion of the Royal Regiment of Scotland will play Scottish pieces as they depart.

You’ll be able to watch the entire affair live on TLC, starting at 4:25am ET on Friday, October 12.

Will you be watching the latest royal wedding? Tweet us @BritandCo.