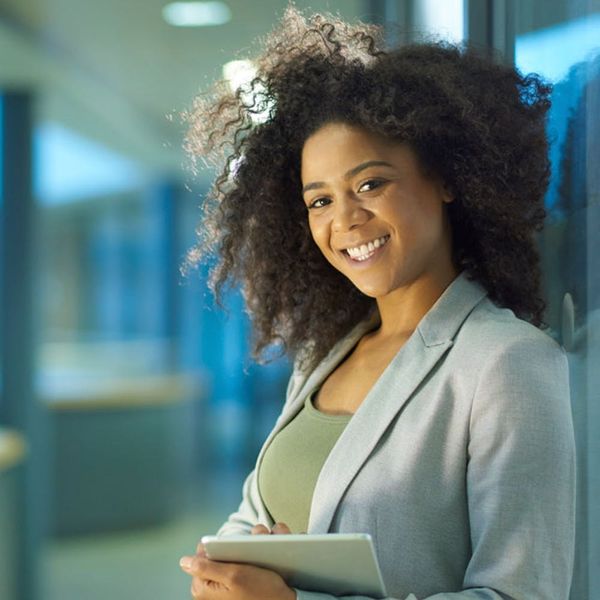 Whether you’ve been dreaming of starting an Etsy store or you’re just flat-out sick of where you work, thinking about quitting your job can be downright scary. While this might be a terrifying prospect at first, many times making a career change turns out to be just the thing you need to turn your dream job into reality. Scroll on for stories of people who took a leap of faith and quit their jobs for something greater.

1. Chances are, taking the leap isn’t as scary as you think it will be. “Since as early I can remember, I wanted to start my own business, but it had never seemed like the right time. I remember sitting in my office [a tech company] on a particularly stressful day contemplating leaving in search of something new. While thinking through all the pros and cons, a meeting invite came through my e-mail. It was a request that my team meet with our CTO and cofounder, a rare opportunity. I asked him, ‘What advice would you give to someone trying to decide between security and fulfillment?’ His response was — and I’ll never forget it, because I carry it around in my bag every day — ‘Take the leap. Give up your security and go find your happiness. Chances are it’s not as scary as you think it’ll be.’ The next day I quit my job, the following week I started Ruckworks and I’ve never looked back. I definitely ran into some roadblocks when I left that security, but I never regretted my decision because for once, I felt as though I had control over my life. I was ready to face any obstacle. I was empowered.” — Garren Heye, founder, Ruckworks

2. You can create a life for yourself anywhere. “In late 2007, I resigned as senior anchor for an international TV news station in Moscow. We were approaching another Moscow winter and [I] decided, ‘No.’ Between my shift work and my husband’s work travel, we barely saw each other. We decided to take six months off, and I resigned without another job lined up. My husband, Jon, said he’d go anywhere with good surf; I’d go anywhere that offered Spanish immersion. We decided on Chile, and six months became three years. I freelanced and began writing books. I established an independent publishing house and published four titles. In turn, the books sparked a speaker platform for colleges, corporations and conferences. I’m doing things I might never have envisioned had we stayed in Moscow. And we see each other a lot more!” —Alicia Young, speaker, author and journalist

3. Security isn’t everything. “I quit my job during a time when 99 percent of people would never even consider it. I had a 2-month-old baby, and my wife was completing graduate school and looking for a job. I worked for a large and successful digital agency and had a very secure position. Many people told me I was crazy, and asked why I would risk everything on such a decision. I was certainly nervous, and the fear of complete failure was always there. I was not quitting to take a new job at a new company; I was starting my own business, which had been merely a side gig for roughly two years before I made the decision to quit. I took this plunge toward the tail end of the recession, so the digital industry was starting its upturn, and companies were reinvesting in the web. It was a rocky road at times, but I am so happy I did this, and I’ve never looked back. Being your own boss can be a tremendously rewarding experience.” —Mark Tuchscherer, cofounder and CEO of Geeks Chicago

Are you ready to take the plunge and change your career path? Share your thoughts with us on Twitter @BritandCo!

This post was originally published on Levo League by Corie Hengst. Photo via Getty.