How to Prevent Mercury in Retrograde from Ruining Your Love Life 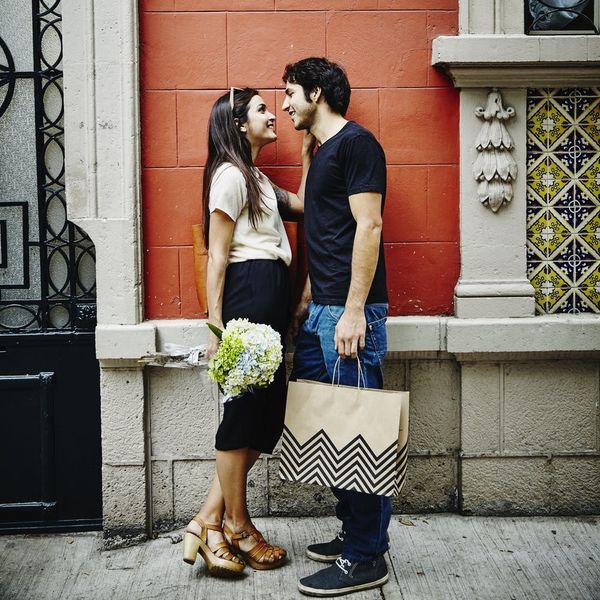 Even if you weren’t one of the millions of people who strapped on their safety glasses to view the solar eclipse on August 21, you know how much the events of the solar system can affect life here on Earth. As the moon slowly moved to cover most of the sun, it wasn’t just the lucky residents of the zones of totality that took notice. Your bestie may have been watching NASA’s coverage with her conference call on mute, your coworker probably ran outside between meetings clutching their protective eyewear, and your mom probably tried her hand at a homemade pinhole camera. The world was abuzz with talk of the eclipse, and if we’re being honest, it was pretty freakin’ cool. With this rare event behind us, though, we’re still feeling the effects of space down on the ground. Once again, Mercury is in retrograde (yup, we’re groaning at the news too), and we’re right there with ya if you’re blaming it for making you feel “off” over the last few weeks.

According to the Farmer’s Almanac, this round of retrograde started on August 13 and will continue through September 5. Scientifically speaking, this means that Mercury appears to be moving backward. Practically speaking, it means that our lives often feel like they’re going backward too — or side-to-side, upside down, and generally awry. Many attribute bizarre moods, bad luck, arguments, and other mishaps to Mercury’s retrograde.

If you’re feeling some of these effects and worried that it may take you out of the dating game, Tinder has some good news. During Mercury’s last retrograde (yes, it happens regularly, and the last round took place in April 2017), matches on the app were up 20 percent compared to the retrograde that happened before that (in December 2016). The lesson? We can learn to better manage our Mercury-related moods over time so they don’t kill our love vibes. Tinder’s sociologist Dr. Jess Carbino offers these six tips for looking for romance during retrograde. Use them now or when the cycle begins again in early December (ugh)!

1. Prioritize investing in yourself first. You’ve heard all the clichés (or, perhaps more truthfully, you’ve seen them typeset across watercolor backgrounds on Pinterest or stenciled flawlessly on wooden signs in your favorite Etsy shop). “Nobody can make you happy until you’re happy with yourself first,” “Love yourself first and everything else falls into line,” or maybe “Don’t forget to fall in love with yourself first.” Don’t lose sight of the truth behind these statements simply because you’ve seen them what feels like a few too many times. Even when you’re feeling your best, a serious dose of self-love is a crucial ingredient in your search for a partner, and if Mercury’s wacky behavior has you feeling down in the dumps or down on yourself, it’s even more important. Before you put yourself out there to potential significant others, sneak in a refreshing workout, spend the afternoon with friends, or indulge in a spa treatment or two — or, as Dr. Carbino says, “Do whatever it takes to give you that extra confidence boost!”

2. If your search is happening online, be intentional with your choice of photos. No one loves looking at pictures of themselves when they’re only feeling “eh” (thanks again for that, Mercury). But if much of your dating starts online, it’s still important for you to put your best foot forward, photographically speaking. What’s the best way to do this when it feels like your worst foot is all you have? First, fill your profile with photos of you doing things you love and are passionate about. Potential matches will see you at your happiest, and they will know what an awesome personality you bring to the table when you’re having fun instead of waiting for the retrograde to pass. Dr. Carbino also recommends that you face forward in your photos. This posture makes you look more open and trustworthy, and Tinder has the numbers to prove it — according to their data, you’re 20 percent more likely to be swiped right on when you’re looking straight ahead in your pictures.

3. Find the fun. We understand that you’re feeling personally victimized by Mercury, but that’s no reason to become a dating downer. Keep your attitude positive throughout this retrograde cycle, and remember that a great date might be just the thing you need to convince you that the whole world (and all the other planets too) isn’t actually stacked against you.

4. Make eye contact and remember your other non-verbals. If your crummy mood is impacting your confidence, you’ll need to rely on tried and true communication techniques to help you fake it ’til you make it. Any date that has the pleasure of meeting you during this retrograde should be met with the full force of your gorgeous eyes and the full effect of an engaged posture. “We can use our bodies to signal many things that words may not be able to, such as interest in someone,” Dr. Carbino says. “Although we may not be feeling our best, generating physical closeness can help diminish those negative feelings and actually help to relax our bodies and minds.”

5. Speak with authority. The cherry on top of those self-assured non-verbal cues is a confident voice (again, even if you sort of have to fake it). Whoever is sitting across the table from you will be attracted to your enthusiasm and excitement, and you’ll be so psyched to talk about something that makes you feel good that you might even forget that you’ve been feeling under the weather lately.

6. Don’t forget how awesome you are! More important than your date night glam is the attitude you show up with, especially at times like these. “Focus on recent accomplishments and successes, like receiving a promotion at work, finishing up your final semester, or even signing up for a 5K,” Dr. Carbino says. “Remember the pride and confidence you had after completing that task and carry that feeling through into your date.”

How have changes in the cosmos affected your love life? Tweet us @BritandCo!

Alli Hoff Kosik
Alli Hoff Kosik is a freelance writer who is passionate about reading, running, rainbow sprinkles, her lipstick collection, watching embarrassing reality TV, and drinking pink wine. She lives in Brooklyn with her husband and (in her dreams, at least) three golden retriever puppies. Listen to her talk books on The SSR Podcast.
Astrology
Relationships
Astrology Dating Relationship Advice
More From Relationships