15 Netflix Movies That Will Help You Beat a Creativity Slump 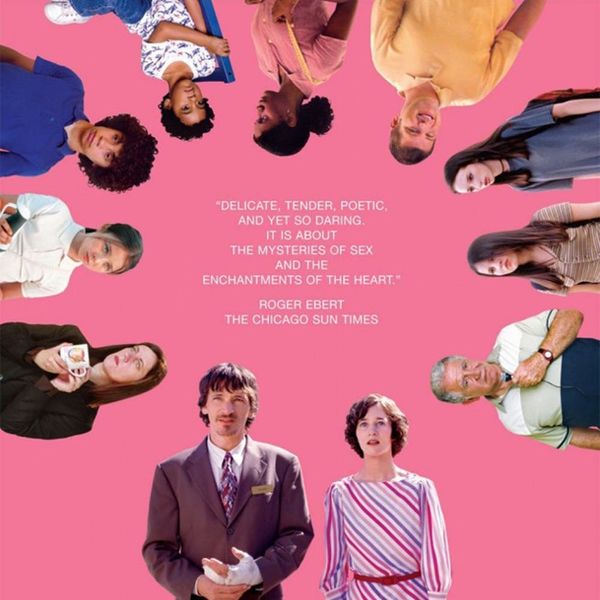 Everyone loves a good Netflix binge. From Friends to Orange is the New Black, we’ve all spent a good amount of our Friday nights watching our favorite TV shows and movies. But while Netflix can get a bad rap for only providing mindless entertainment, they’ve got a ton of inspiring documentaries, biopics and creative films that will get your creative juices flowing. We’re sharing 15 of our favorites to help you break through any creativity slump.

1. Eames: The Architect and the Painter: The 2011 documentary gives an in-depth look into the accomplishments of husband and wife duo Charles and Ray Eames, showcasing everything from their iconic furniture designs to their work in architecture, photography and film. Narrated by James Franco, this film makes us wish we had a time machine so we could work in the Eames’ inspiring and crazy-cool office space. If you don’t have the DVD option on your Netflix account, you can still watch it on PBS.com for free. (Photo via First Run Features)

2. Exit Through The Gift Shop: Most of us are probably familiar with the work of Banksy, but despite receiving worldwide recognition, the artist still manages to maintain complete anonymity. The story follows eccentric French shopkeeper Thierry Guetta, who attempts to meet and befriend Banksy, but the film takes an interesting turn when the artist turns the camera on Guetta himself. There is a lot of speculation as to whether this is really a documentary or if Banksy made the whole thing up. Regardless, it gives us a fascinating look into the world of graffiti art while exploring the notion of what constitutes art today. (Photo via Paranoid Pictures)

3. Beginners: Beginners follows the story of a graphic artist, played by Ewan McGregor, who upon his father’s death learns he was hiding a secret about his identity all of his life. You’ll laugh and maybe even shed a tear or two. (Photo via Focus Features)

4. Frances Ha: In Frances Ha, Greta Gerwig plays an aspiring dancer who lacks any natural talent, yet continues to pursue her career with a great deal of enthusiasm. She teaches us to follow our dreams, even if they sometimes seem unlikely. (Photo via IFC Films)

5. Yves Saint Laurent: This biopic delves into the life and career of Yves Saint Laurent, starting with his appointment as the head designer of Dior at the age of 20 to his careful development of his own brand, as well as his mental health and addiction struggles. (Photo via SND Films)

6. Art & Copy: This documentary takes an in-depth look at the people behind some of the most profound and memorable advertising campaigns in pop culture history, exploring how the industry is able to connect human emotion and art. It is a must-see film for anyone looking to get into the marketing industry. (Photo via The One Club for Art and Copy)

7. The Punk Singer: In this documentary, Sini Anderson follows the life of Kathleen Hanna, the feminist activist and cultural icon who formed the bands Bikini Kill and Le Tigre. Even if you were never a “riot grrrl,” Hanna’s message is creative, inspiring and empowering for all women. (Photo via Opening Band Films)

8. Steve Jobs: One Last Thing: Released shortly after his death, this film follows the story of Steve Jobs, defining how he greatly influenced modern communication, along with his influences along the way. (Photo via Pioneer Film and Television Productions)

9. TEDTalks – Rebel Design: We’ve never heard a TEDTalk that didn’t leave us inspired, and this series is no different. Given by a group of influencial designers (including Aaron Koblin and Stefan Sagmeister), the talks are encouraging to anyone willing to break the rules and come up with their own unique, creative solutions in the industry. (Photo via TEDTalks)

10. Objectified: If you ever find yourself daydreaming about how your chair or desk came to look a certain way, then this is the documentary for you. It explores the world of industrial design and how everyday objects affect our daily lives. (Photo via Hustwit Films)

11. Ai Weiwei: Never Sorry: Quite possibly one of the most controversial artists of our time, Ai Weiwei is a fascinating subject. Watch this flick to learn about his use of art as a platform for activism and the troubles he faces along the way. (Photo via Alison Klayman)

12. Design Is One: Lella & Massimo Vignelli: Follow the career of the husband and wife duo Massimo and Lella Vignelli, artists and visual architects who have played a great role in reshaping the world as we see it. (Photo via designisonefilm.com)

13. Me and You and Everyone We Know: Not your typical romantic comedy, this film tells the story of an eccentric performance artist and a shoe salesman. Written and directed by Miranda July, it really makes you think about how we connect with one another. (Photo via IFC Films)

14. Pablo: This documentary follows the rise of self-taught graphic artist Pablo Ferro. The story is a mixture of film footage and animation, which makes for a unique and interesting perspective. (Photo via Shoreline Entertainment)

15. A Model for Matisse: One of the great love affairs of art history, this movie follows the story of artist Henri Matisse and Sister Jacques-Marie, the woman who inspired him to create “The Chapel of the Rosary,” which he proclaimed the masterpiece of his life’s work. The film presents never-before-filmed paintings, photographs and filmed footage of Matisse in his element, giving us a rare look into the life of one of the impressionist era’s most iconic artists. (Photo via Union Square Productions)

What are some movies and documentaries that left you inspired? Let us know in the comments!

From Your Site Articles
Meghan Alfano
Meghan is a writer and graphic designer currently residing in Los Angeles. Typically, you'll find her drinking copious amounts of coffee, browsing for records and vintage clothing, visiting local art galleries, hanging out with her Boston Terrier, Lola, or simply out and about looking for inspiration in every day life.
Netflix
Streaming
Netflix
More From Streaming