Why You Should Actually Copy Rory Gilmore’s Tap Dancing Therapy 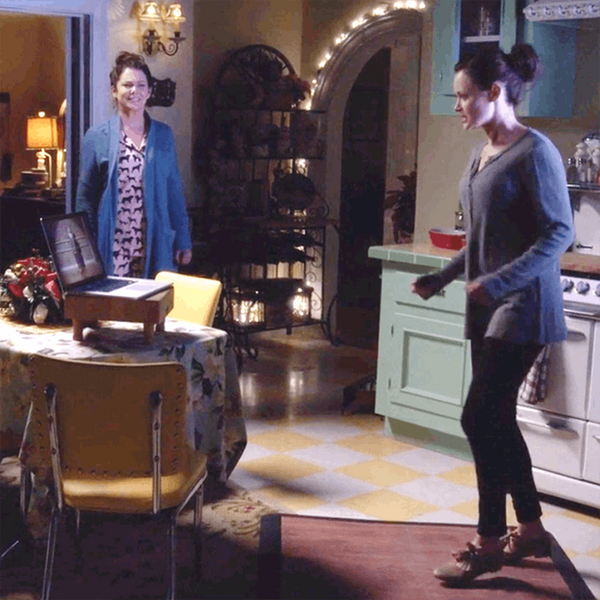 Let’s all just go ahead and admit it. Rory Gilmore as a 32-year-old is kind of annoying. She’s apparently under the impression that it’s financially feasible to commute between Stars Hollow and London on a weekly basis as a freelance journalist with one hit article under her belt. She shows up to a job interview with zero ideas and is then annoyed that she doesn’t get the job. But alas, there is one redeeming piece of life advice we can take away from the grown-up Rory: her tap dancing therapy.

In the first episode of the revival series, Lorelei comes downstairs to find Rory tapping away in the house during the wee hours of the night. She tells her mom, “[It] helps get out my anxieties, keeps them calm.” She goes on to explain, “I needed something to shut my brain off.” Lorelei goes to get her phone to record Rory’s new moves, but perhaps she shouldn’t be quite so dismissive of her daughter’s newfound form of expression. Over the years, multiple studies have actually proven that dance might be the perfect sort of therapy for everything happening in her life at the moment. Here’s why.

In 1984 researchers Leste and Rust studied patients suffering from anxiety by having them spend time in one of four settings: a modern dance class, an exercise class, a music class or a math class. After three months participating in each of these activities, only the dance class was proven to significantly reduce anxiety.

There are a few thoughts on why dance has such a stress-relieving power. The most obvious might be connected to the fact that it’s exercise. Exercise releases endorphins and endorphins trigger positive emotions. Another theory, which is pointed out by a piece in the New York Times explains that when you “absorb the work [a new dance routine] so completely […] its elements literally become automatic, leaving the dancer’s brain free to focus on the moment-by-moment nuances of the performance.” It’s a winning combo when it comes to anxiety.

According to psychiatrist Dr. Joseph Coyle of the Harvard Medical School, when you dance, the hippocampus (a part of your brain that’s thought to be the center of emotion, memory and the autonomic nervous system) and the cerebral cortex are continually “rewired and consequently improved.” When you are working to remember what step comes next, you’re actually paving the way for new neural paths that will help make your brain sharper.

But is one form of dancing more beneficial than others? Well, none are bad per se, but American social dance expert Richard Powers explains in a paper for Stanford University that if you really want to throw your brain waves into overdrive, you might think about swapping a routine-based dance (like learning a new hip-hop routine or following a tap dancing video on Youtube) for one that embraces more of a freestyle, lead and follow type movement. The reasoning here is actually quite simple. These sort of social dances require you to make split-second decisions constantly. And understanding how to quickly adapt to new scenarios swiftly is key to staying sharp up top.

We meet Rory at a major transitional period in her life. She “is NOT back” at Stars Hollow, but uh, she basically is. She has seen success but is currently finding herself in a sort of slump. And anyone who has seen a dip in their seemingly prolific career can tell you that this will take a toll on your confidence. But when you also have potential opportunities on the horizon (like an interview at Condé Nast), it’s important to keep your spirits high and your confidence higher.

A study conducted in 2001 by the Journal of Dance Education observed high school girls who were enrolled in one dance class per week. The researchers reported all of those girls saw significant improvements in social self-esteem. Why? The study reports that “creative dance increases acceptance and understanding; it has the potential to decrease self-consciousness and vulnerability.” Not too shabby.

Cortney Clift
Cortney is the senior writer and special projects editor at Brit + Co. She typically covers topics related to women's issues, politics, and lifestyle. When she's not buried behind her computer you'll find her exploring New York City or planning her next big adventure.
Healthy Living
Health
Healthy Living
More From Health