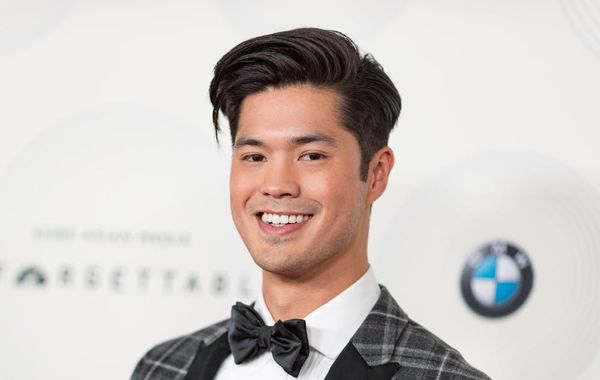 The To All the Boys I’ve Loved Before family just keeps growing! Days after announcing that Jordan Fisher will play John Ambrose McClaren in the much talked-about sequel to the hit rom-com, Netflix shared some more fun casting news: Ross Butler has been cast as Trevor Pike, Peter Kavinsky’s BFF.

Butler, known for his roles as Zach Dempsey on 13 Reasons Why and Reggie Mantle on the first season of Riverdale, just happens to be real-life friends with Noah Centineo, who stars as TATBILB‘s Peter. Netflix posted a photo of the two on Instagram, writing: “ALERT: very exciting TATB news. Ross Butler is going to play Peter K.’s bff, Trevor Pike, in @toalltheboysnetflix.”

Butler reposted the pic on his own account, quipping, “Casual business calls. But yeah, we’re making a movie. No joke.”

He also regrammed Insta Stories from both Centineo and TATB star Lana Condor, who shared a video of Butler on set and wrote, “@rossbutler is now a part of the fam and we’re so excited!”

Producer Matt Kaplan echoed that excitement to Entertainment Weekly. “We’re thrilled to announce that the endlessly charming Ross Butler has joined the cast of the To All the Boys sequel as Trevor Pike,” Kaplan told EW. “His real-life friendship with Noah brings a natural chemistry and great rapport to the set and we can’t wait for fans to see this friendship play out onscreen.”

Condor and Centineo confirmed the news of a TATBILB sequel, based on the second book in author Jenny Han’s best-selling trilogy, by posting an adorable video to Instagram in December. More recently, Netflix announced on March 22 that Anna Cathcart, Janel Parrish, and John Corbett will be reprising their roles as Lara Jean’s sisters and dad.

RELATED: Lana Condor and Noah Centineo Made a No-Dating Pact on ‘To All the Boys I’ve Loved Before’