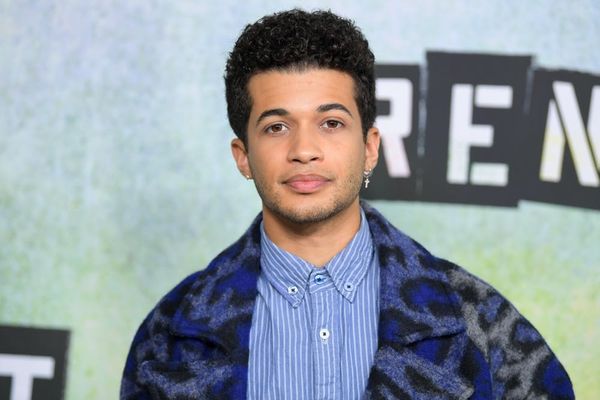 Watch out, Peter Kavinsky — there’s a new John Ambrose McClaren in town. Netflix’s To All the Boys I’ve Loved Before sequel just cast Jordan Fisher as the recipient of Lara Jean Covey’s fifth love letter. And if anyone can give Noah Centineo a run for his money, it’s the Rent: Live and Hamilton alum.

Netflix announced Fisher’s casting via Instagram on Thursday, March 28, sharing a short video of the actor-singer-dancer with star TATBILB star Lana Condor. “Hi everyone! I’m Lana, and we are on the set of the To All the Boys sequel, and I cannot wait to share some exciting news,” Condor began, before knocking on a trailer marked “John Ambrose.”

The Model UN crush guaranteed to make your heart melt. @jordan_fisher will play John Ambrose in the TATB sequel and I am HERE for it!

The highly anticipated follow-up to last year’s surprise hit teen rom-com is expected to follow the story in the second book of YA author Jenny Han’s TATBILB trilogy, which means that John, who made only a brief appearance in the first film, will likely play a much bigger role in the sequel.

“We couldn’t be more excited to have Jordan Fisher join the To All the Boys family as John Ambrose McClaren,” producer Matt Kaplan told Entertainment Weekly. “Jordan’s charisma practically leaps off the screen with anything he does, whether it’s acting, singing, or dancing. There isn’t a more perfect guy who could believably shake things up in Lara Jean and Peter’s world.”

When we last saw Lara Jean (Condor) and Peter (Centineo), they were happily coupled up, having just confessed to each other that their fake relationship had sparked real feelings. As you probably remember, they agreed to pretend to date so that Peter could make his ex jealous and Lara Jean could avoid an awkward situation with her crush, Josh — who also happened to be her sister’s ex-boyfriend — after the love letters she wrote to him, Peter, John, and two other guys were mailed by her well-meaning other sister.

John, played in the first film by Jordan Burtchett, showed up on Lara Jean’s doorstep in a mid-credits scene. Fisher will take over the role from Burtchett, joining Condor, Centineo, and other returning cast members including Janel Parrish, Anna Cathcart, and John Corbett.