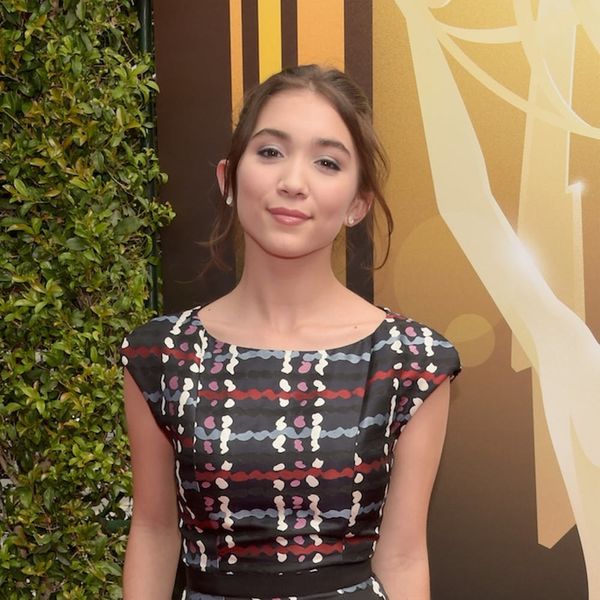 File this one under “celebs we wish we were around when we were kids.” Disney Channel’s Girl Meets World star Rowan Blanchard has been making a name for herself in the past year as a strong and important role model for young women, and while you (see: we) were busy finishing your latest Netflix binge session this weekend, she was penning essays for pal Tavi Gevinson‘s Rookie on learning to stop apologizing for her own existence and opening up to the world on Twitter about her sexuality.

“In my life – only ever liked boys,” she said in an image she posted. “However I personally don’t wanna label myself as straight, gay or whateva so I am not gonna give myself labels to stick with – just existing.” The 14 year old defined herself as queer and deflected backlash from some fans on Twitter, saying “I thought I was being brave and was proud of myself and then everyone attacks me… Cool.”

Luckily, the majority of fans commended her for her transparency, expressing gratitude for using her platform for broad representation. “It’s important to me, being queer, that there is representation on our show.” #Blanchard2016

Who are your fave young celebs? Tweet us @britandco!