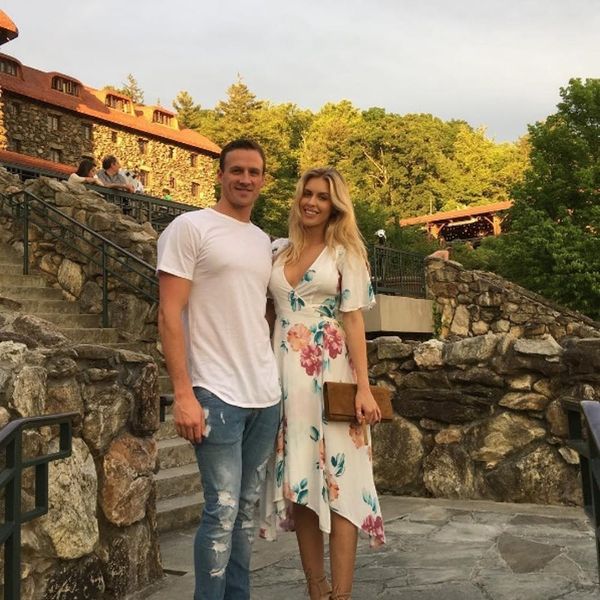 Ryan Lochte may have made the news (and found himself in the midst of criminal charges) with his behavior during this year’s Rio Olympics, but now it looks like teammate Michael Phelps might be rubbing off on Ryan. Not only is Lochte always willing to jump right into the pool after Phelps, he’s apparently willing to jump right into fatherhood. That’s right! Ryan and his fiancée, Kayla Rae Reid, just announced that they’re having a baby in the sweetest (most appropriate) pic possible.

As a world-class swimmer, it’s not uncommon to see 32-year-old Ryan post pics of himself in a pool. But this latest one was very special. Showing himself underwater with 25-year-old model Kayla standing in front of him, he’s gently kissing her belly in a very telling way.

What do you think Ryan and Kayla should name their baby? Perhaps Shark? Wave? Front-Crawl? Tweet us @britandco!