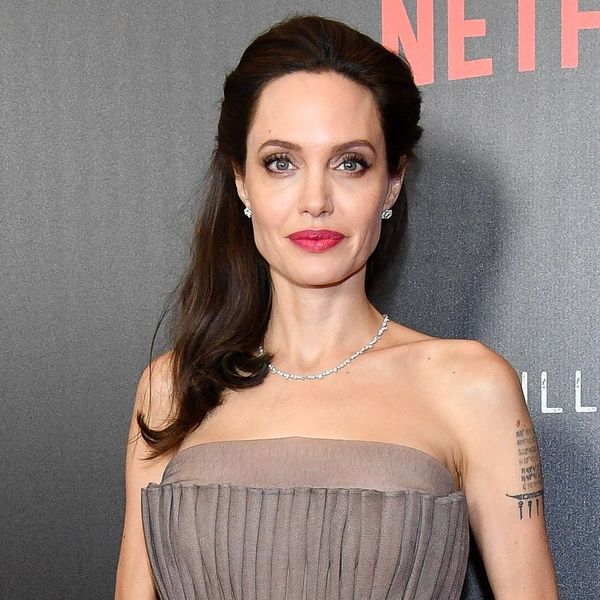 It’s been a roller-coaster year for Angelina Jolie, what with her split from Brad Pitt and the numerous health struggles she’s been battling. However, on the positive side of things, she’s the face of a new perfume and now has a sapphire necklace namesake that’s currently touring the US.

The pendant, called the Star of Jolie, features the world’s largest black star sapphire and weighs in at 888.88 carats set in 18K rose gold. That level of extravagance doesn’t come cheap, either; this beauty will run you a cool $5 million.

The necklace was designed by the same man behind Jolie’s engagement ring (*sniffle*), Robert Procop. The duo have been working together for over 10 years and made their collaboration official back in 2010, calling it Style of Jolie. And right now, according to PopSugar, the star is making its way from California to the Smithsonian in Washington, DC. It’ll be displayed alongside other pieces from the Style of Jolie collection.

And ever the do-gooder, a percentage of the proceeds from the showcases will be donated to Jolie’s charity, the Educational Partnership for Children of Conflict, whose goal is to give better education opportunities to kids living in conflict areas.

What do you think of the Star of Jolie? Tell us @BritandCo!

Shea Lignitz
Shea can be found in the nearest bookstore or brewery, exploring the great outdoors, or blasting Led Zeppelin. She grew up in the cold and rain of Northern California's redwoods but is currently wandering around Texas.
Accessories
Celeb Style
Accessories