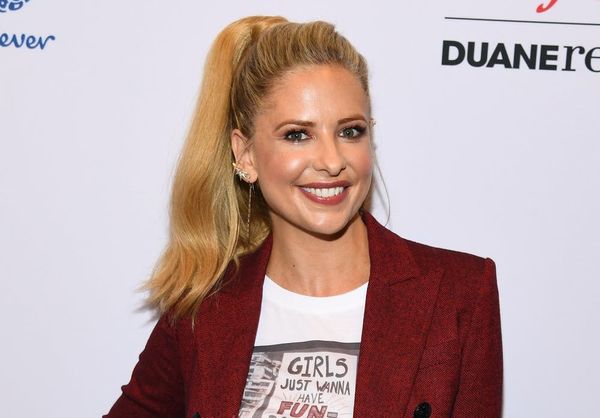 Like many other remakes and revivals, the upcoming Buffy the Vampire Slayer reboot has faced some fan criticism. This week, though, the show’s original star, Sarah Michelle Gellar, spoke out in support of the new version, hoping to ease some of the backlash.

“At the end of the day, it’s all about great storytelling,” Gellar told People. “If a story lives on, then I think it should be told in any incarnation it can be told in.”

The reboot, which was first announced in July, will not star Gellar but will instead feature a Black actress in the titular role. Buffy creator Joss Whedon will executive produce, and it will be written by Monica Owusu-Breen, who worked with Whedon on ABC’s Agents of SHIELD.

At the time of the announcement, the news drew backlash from the Buffy fanbase, prompting Owusu-Breen to issue a statement. “Buffy the Vampire Slayer is my Star Wars,” she wrote. “There is only one Buffy. One Xander, one Willow, Giles, Cordelia, Oz, Tara, Kendra, Faith, Spike, Angel. They can’t be replaced. Joss Whedon’s brilliant and beautiful series can’t be replicated. I wouldn’t try to. But here we are, twenty years later… and the world seems a lot scarier. So maybe, it could be time to meet a new Slayer.”

Gellar isn’t the only star of the original series to defend the reboot: This week, David Boreanaz, who played Angel, found himself speaking out in support of the show at New York Comic-Con, where discussion of the reboot was met with boos.

“Come on, guys. It’s a good thing,” he told the crowd, according to The Hollywood Reporter. “Let’s just embrace [it]. I’m very happy for them. They want to embrace a new generation, something new.”

He continued: “Everybody wants old, they want to go back. Which I can understand: You want to see us back in these roles. It’s great, it’s cool [but] things move on, stories evolve, times change. I think it’s a great opportunity for a reboot like this to show where we are with society now, what you can do with technology. How you can explore those relationships with the same kinds of metaphors. I’m all for it. I think it’s fantastic. Good for them. I hope that it becomes huge and successful, and does what it does.”

So far, no further details on casting or timing have been announced for the Buffy reboot.

What do you think of the original Buffy stars standing up for the reboot? Let us know @BritandCo!

(photo via Dave Kotinsky/Getty Images for WE Day)