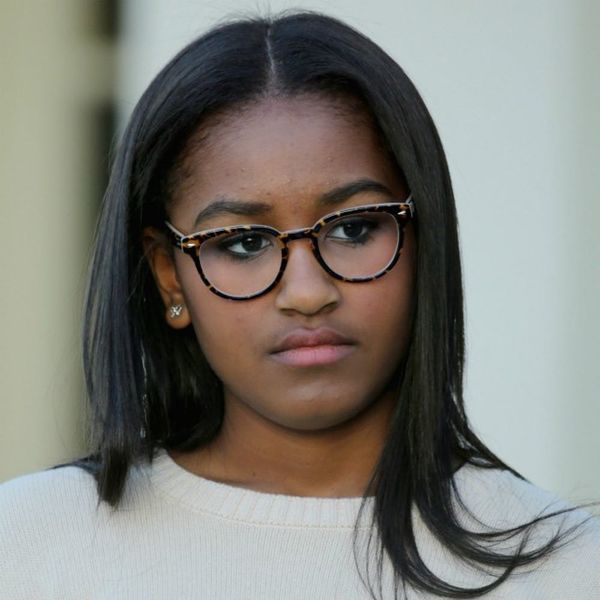 Many people have some sort of nickname, but it can still be surprising when you learn that your friend’s “name” is actually their nickname. This is exactly what happened when we learned today that former-first kid Sasha Obama’s name isn’t even Sasha! How we didn’t know this for eight years while she and sister Malia lived in the White House is BEYOND us.

According to Twitter, this past weekend saw “the first anniversary of learning that Sasha Obama’s real first name is Natasha,” and people are shook. We first learned that Sasha’s real name was Natasha when she took a summer job in Martha’s Vineyard last year, but people seem to have forgotten. While Huffpo claims that Sasha is “a known” nickname to Natasha, it’s actually a Russian nickname for the name Alexander/Alexandra. Regardless of the name’s history, people of the internet are freaking out.

Why are people mindblown over Sasha Obama's real name being Natasha?? We have nicknames guys come on. pic.twitter.com/HACOpqe9WL

My face when I just found out Sasha Obama's real name is NATASHA… pic.twitter.com/lzdjk2gf3g

Obama isn’t the only famous person who uses their nickname IRL. Prince Harry’s real name is Henry Charles David Albert, and both Demi Lovato and Demi Moore’s real name is Demeitra. Even Bruno Mars is the singer’s family nickname, as he was born Peter Gene Hernandez and nicknamed “Bruno” as a baby. As a teen, he would tell people his talent came “from Mars.” A star was born.

Do you have a nickname? Tell us how you got it @BritandCo!