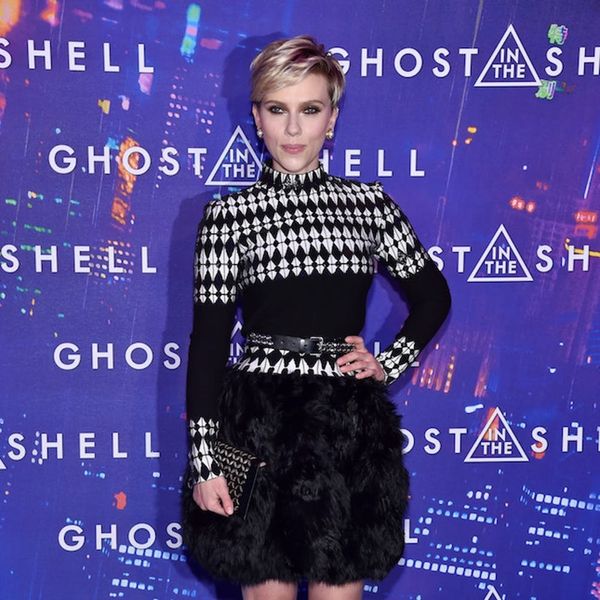 That Scarlett Johansson is a real skirt chaser… when it comes to the outfit she rocked to the Ghost in the Shellpremiere on Tuesday in Paris, that is. The 32-year-old actress took two different Azzedine Alaïa pieces to create *one* with dramatic flair. This is what will now be known as your next go-to fashion hack: layering a skirt over a dress.

She wore a long-sleeved chevron sequined mini dress *under* a feather black skirt with studded black booties and pearl earrings to complete the look — both from the Tunisian designer’s Fall 2016. And voilá, when two become one.

If you didn’t want to buy a whole new dress, this is a great way to update existing pieces in your wardrobe for a brand spankin’ new look! After all, who says that you can only wear one dress at a time? Nice work, ScarJo!

What’s the last fashion rule you broke? Tell us @BritandCo!

Channing Hargrove
Channing Hargrove is a freelance fashion editor and writer in New York City. When she isn’t writing about clothing (or shopping, for research, of course), Channing is writing about life in a tiny studio apartment in a big city — and what she’s wearing — on her blog, Channing in the City.
Celebrity Style
Celeb Style
Celebrity Style hacks
More From Celeb Style