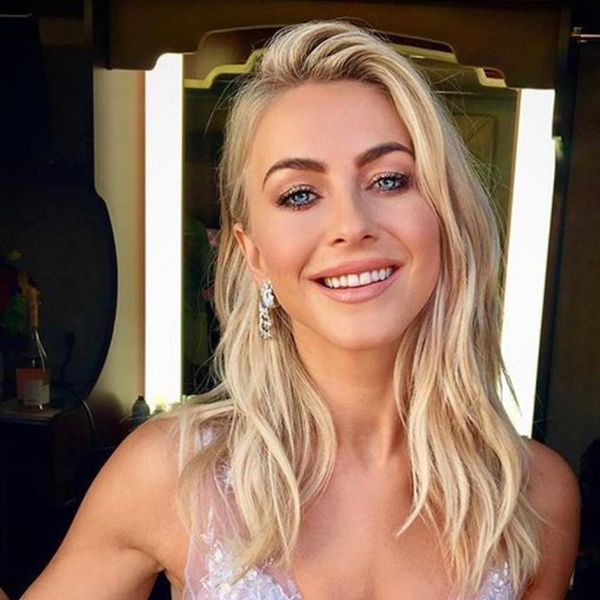 Five, six, seven, eight! Last night, ABC kicked off the 24th season of Dancing With the Stars, featuring Erika Jayne, Charo, Chris Kattan, and more. And while Olympic gymnast Simone Biles earned the highest score of the night with partner Sasha Farber, we couldn’t keep our eyes off all of the glittery ensembles of the judges and hosts!

Judge Julianne Hough wore a Berta tulle dress that was embellished with tons of sparkle. A dress so good, she couldn’t help but dance. She complemented the look with a pair of embellished blush pumps and some seriously sparkly statement jewelry by Neil Lane.

@juleshough you are the cutest of all time!! 😂 living it up on our super glamorous set #juliannehough #dwts

The Grease actress showed off the swish of her blush pink gown in a mesmerizing Boomerang on Instagram.

Fellow judge Carrie Ann Inaba, who hasn’t missed an episode since the show began airing, wore a Jovani gown featuring a black velvet bodice and metallic skirt. She wore her hair up with some free-flowing tendrils.

Meanwhile, host Erin Andrews also wore a Jovani gown, though the look was very different in feel from Inaba’s. Rather, her shimmery, slinky dress had a very high split that showed off her long legs.

Catch more looks from the ladies on Dancing With the Stars on ABC Monday nights at 8pm.