6 Science-Based Hacks to Improve Your Memory 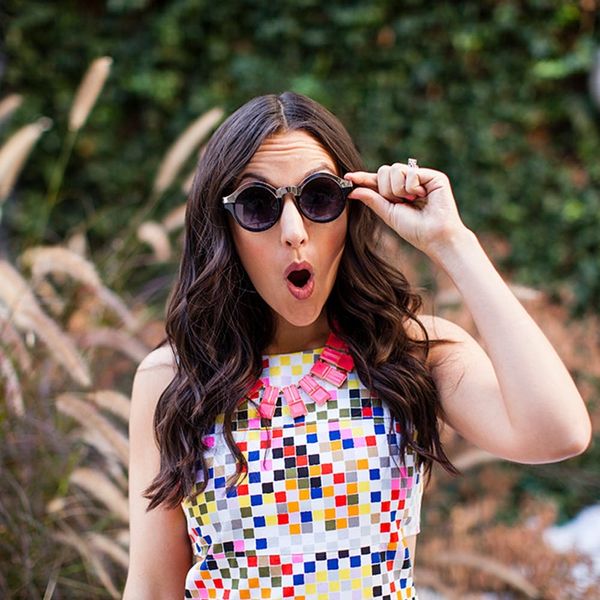 If you met me in real life, you’d know that I have an awful short-term memory. Since I practically never know where I’ve stashed important items (I swear my keys have invisible legs) and am constantly forgetting the names of people I just met, I’ve taken to keeping a planner on me at all times so I can quickly jot down all the things that I’m bound to forget. But while the planner trick is a helpful short-term fix, I’m always on the hunt for ways to help train my brain to avoid future embarrassment. If you’re like me and need a little help curbing forgetfulness, here are six science-backed hacks that can help improve your memory today.

Calling all doodlers! A study from researchers at the University of Waterloo found that drawing and doodling is actually an incredibly effective way to enhance a person’s short-term memory. For this study, researchers gave the participants a list of words to memorize and told them to either draw out the word or write it repeatedly on scrap paper. After a brief interim period where the participants were purposely distracted, the students were asked to recall as many words from the original list as possible in a single minute. It turns out that the students who doodled the words were up to twice as successful at recalling the information when compared to the writers.

If you needed an excuse to attend after-work drinks tonight, this is it. According to a study from the University of Exeter, alcohol drinkers are better at remembering learned information than sober studiers. The researchers assigned 88 social drinkers an at-home learning task and divided them in half; one group could drink as much as they wanted after studying, while the other had to remain completely sober. While both groups scored similarly on the test immediately after they learned the information, the drinking group actually performed better on the text the following morning (hangover and all). While the scientists couldn’t exactly pinpoint the reason, they hypothesize that it’s because newly learned information is blocked while drinking, so instead of processing the current happenings of a night on the town, the drinkers were able to better convert previously learned information into long-term memory. Who would have thought!

It may be time to reconsider that morning cup of coffee, folks! A team of researchers from Northumbria University conducted a study that found a cup of peppermint tea might be the answer to jump-starting your memory. In this study, 180 participants were randomly given peppermint tea, chamomile tea, or hot water. After resting for 20 minutes, the participants were given a memory and cognitive function assessment. The peppermint tea drinkers significantly improved their long-term memory, working memory, and alertness, while those who drank the chamomile tea suffered from slowed memory and attention.

Remember all those times that your professor told you that writing your notes longhand is better for you than typing them on a laptop? Well, it turns out… they were totally right. According to a study from Princeton University and the University of California at Los Angeles, taking notes using a physical notebook is a great way to help better retain information. By comparing students who took notes on laptops to students who took notes traditionally, the researchers found that students who handwrote their notes performed better on conceptual questions, had a clearer understanding of the material, and were more able to recall the information.

Thanks to a study published in the Proceedings of the National Academy of Sciences, we now know that music can actually enhance our memory and verbal intelligence. Working with two sets of high school students (one was part of a musical training group and the other was part of a Junior Reserve Officer Training Corps program), the researchers examined the neurodevelopment of these teens. The results showed that both groups made improvements on all of the language tasks they were given throughout the experiment, but the musically trained group showed an accelerated rate of cortical development, including skills like memory and literacy.

According to a new

from the University of Waterloo, you’re more likely to remember something if you read it aloud. The study tested and compared four methods for learning written information — reading silently, hearing someone else read, listening to a recording of oneself reading, and reading aloud in real time. Testing these methods on 95 participants, the results showed that reading aloud in real time helped the participants remember the most information.
Ashley Macey
Ashley Macey is a lifestyle freelance writer who loves all things fitness, wellness, and creativity. When she's not exploring her home in the Pacific Northwest with her dog Max, you'll probably find her curled up with a good book and some hot tea. Follow her daily jaunts on Twitter.
Creativity
Health
Creativity hacks Mental Health Organization science