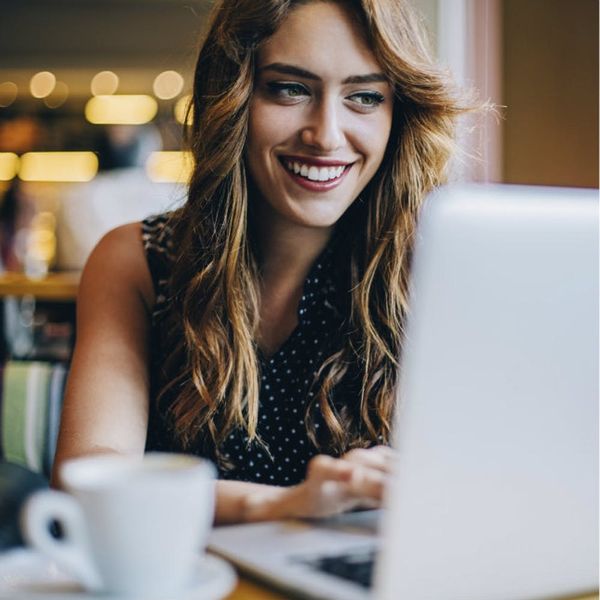 Thanks to technology, there are so many new ways we can communicate — and so many new rules about digital etiquette. Bad texting manners stress us out, and you still need to be polite on Tinder dates, even if it’s so God-awful you have to (gracefully) exit a date early. Then there’s the one we dread the most: sending an important email.

If you’re always adding extra punctuation and emoticons to your work emails so you don’t come off too “cold,” we feel you. (Personally, we’re big fans of embedded gifs.) And it turns out, your instincts might be right — but, you’re still wasting your time. According to new research, all of us are super bad at accurately interpreting emotion through emails (even with our friends), and doing things like typing in all-caps, adding exclamation points and ending a sentence with a ;) doesn’t really help.

In a series of studies, researchers at Chatham University had people write emails, then strangers rated them for different emotions. Then they repeated the exercise, but this time, writers sent their emails to both strangers and friends. And as it turned out, while all parties were pretty confident in their email reading and writing abilities, they didn’t score very high for accuracy. And it didn’t make a difference whether the writer went all emoticon-happy in the subject and body or not.

The researchers wrote that it’s the communication of inflection that gets lost, since typically we read that through facial expressions, gestures or tone. For example, you might be able to tell that your friend is annoyed about something, but you can’t tell HOW annoyed. You might even think they’re just kidding around when they’re actually super angry face emoji — and then they’ll be angry-face emoji at you too for not following up.

If you’re now extra stressed about hitting “send,” don’t worry — we asked an etiquette expert for some tips to help us all be better at reading and writing emails. Elaine Swann is an all-around etiquette guru, with special knowledge when it comes to business communications. She’s also the author of Let Crazy Be Crazy, a book on how to politely navigate all of life’s most awkward and blood-pressure-raising moments.

HOW TO WRITE GREAT EMAILS

1. Think in terms of text blocks. Overloading your emails with information is a common mistake. “The message and the tone tend to get lost when there’s too much clutter,” Elaine explains. She suggests breaking up your text into more paragraphs than you might normally, because when text blocks are less dense, they’re easier for people to decipher and simpler to proofread.

2. Put yourself in the other person’s shoes. Speaking of proofreading, when you look over your email, you should be doing more than just searching for grammar and punctuation errors. “We want to make sure we’re doing a self-check and thinking about how the other person will take what we’re saying,” says Elaine. “Not just ‘Did I get my point across?’ but also ‘How could this possibly be received?'”

3. Use emoticons wisely. If it’s a work email, just don’t use ’em. But, if you’re concerned about someone misinterpreting a joke or sarcasm, Elaine says it is appropriate to use parentheses or brackets to write out the emotion you’re trying to convey. “Rather than the emoticon, just write the word ‘smile’ or literally say ‘insert joke here’ or ‘joking,’ so they don’t have to figure it out,” she says. “It doesn’t get any more straightforward than that. And in a business setting, I would definitely recommend that over emoticons or over-punctuating with exclamation points.”

4. Take the convo offline. One of her biggest pieces of advice is to know when to take the conversation offline. “Sometimes you have to push back from your computer and pick up the phone and talk to the person,” she says. “Too often people keep trudging forward to get their point across. I’ve seen too many instances where there’s a lot of back-and-forth, and really it was back there on email number three when you just weren’t connecting, and you should have picked up the phone.” Verbal communication will always be clearer because you can hear the tone, which is especially necessary if it’s a situation where you might owe the other person an apology.

What are your tips for writing clear, effective emails? Tweet us your ideas @BritandCo.