Science Says Having Kids Won’t Make You a Happier Person 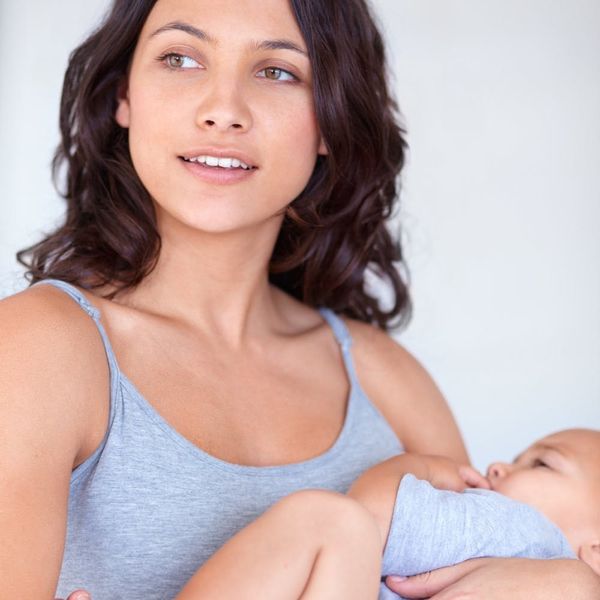 Ah, parenting — the greatest joy a human being can experience, right? While we’re sure many would answer with a resounding, “YES!,” (despite findings that it’s more stressful for moms than dads), a recent and soon-to-be-published study titled “The Origins of Happiness” of parents in the UK, the United States, Germany and Australia is claiming evidence to the contrary.

Presented by Paris School of Economics Professor Andrew Clark at a London conference yesterday, the study concluded that while being part of a partnership has a decidedly positive impact on a person (“We found a positive effect from having a partner that doesn’t go away over time,”) having children did not increase subjective well-being — at least after a while.

While it is unclear exactly how the researchers measured happiness levels, the study analyzes that very metric in mothers and fathers both before and after the couples had children to determine if their happiness did, in fact, increase.

The researchers say that while they saw an immediate increase in “life satisfaction” early on (a .25 spike on a scale of 1-10), adaptability begins to kick in around two years, therefore dropping happiness down to pre-baby levels.

“’In all three countries (the US was excluded from this particular metric), there is excitement as the child approaches, joy when the child arrives and complete adaptation within two years,” Andrew said, leading him and his team to conclude that “having young children brings some satisfaction, but not a lot,” and that “having [kids] is a good idea for up to 12 months.” Sheesh! Way harsh, Tai, no?

Andrew does readily concede, however, that these levels were only analyzed for up to four years of the child’s life, and may very well yet yield further happiness brought about by children down the line over a more long-term study. “What we don’t have evidence [of]…is over 20-30 or 40 years, when we get old and need taking care of,” he said. “We hope this will become positive at some point.”

An alternate study published in April 2016 by the same co-author might also hold some clues: Highlights of his findings suggest that “the average relationship between children and happiness differs sharply across countries and populations,” that the relationship changes from a negative to a positive one for individuals making 20K+ and that becoming a parent over 30 may also show increased happiness levels when compared to those who become parents younger than this.

Hmm. It sounds like while having kids isn’t a decision you should make simply to fill a void or internal unhappiness (duh), as it likely won’t fix what ails you, the experience varies greatly depending on your age, status and personal relationships.

As he puts it, “To a degree, people who want children more get more children, just as people who like classical music are more likely to listen to it. If we compare people with and without children we may be just comparing people with different tastes.”

Either way, some interesting food for thought!

What do you make of Andrew Clark’s study? Share with us @BritandCo.

Nicole Briese
Nicole is the weekend editor for Brit + Co who loves bringing you all the latest buzz. When she's not busy typing away into the wee hours, you can usually find her canoodling with her fur babies, rooting around in a bookstore, or rocking out at a concert of some sort (Guns N' Roses forever!). Check out all her latest musings and past work at nicolebjean.com.
Parenting
Entertainment
Parenting science study
More From Entertainment