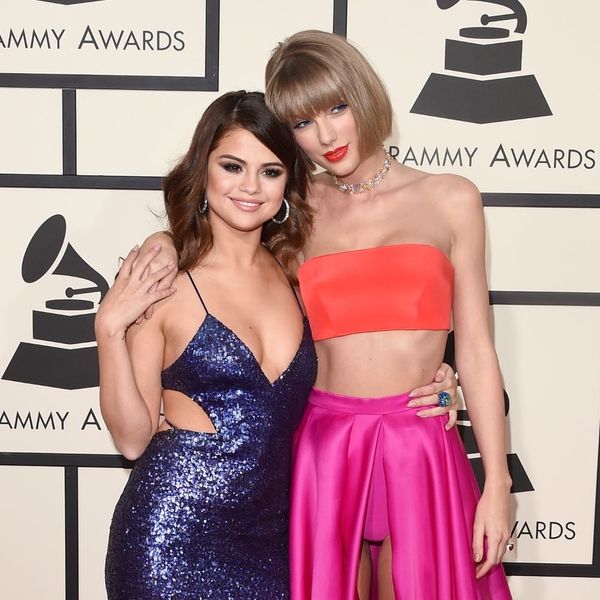 Selena Gomez loves fiercely and isn’t afraid to show it. Just look at her unabashedly PDA-filled relationship with The Weeknd, for example. And her very visible adoration doesn’t end when it comes to her BF. You can also see it with how much (and how OUT LOUD) she adores her besties, including Taylor Swift ,who Gomez appears to have slyly snuck into her “Bad Liar” video.

Gomez, of course, made a prominent appearance in Swift’s “Bad Blood” video. Swift’s cameo in “Bad Liar” is much more subtle, but eagle-eyed fans were quick to spot it in the background.

While we were busy watching Gomez take on four different characters who are all caught up in a strange love sitch, as well as being totally charmed by the ‘70s-themed dream, we didn’t notice one little detail until now.

When teen Gomez chills in her room, pretending to sleep to avoid her mom, there’s a Charlie’s Angels poster on the wall behind her (right next to the 8-tracks). But that’s not Farrah Fawcett in the center spot — it’s Taylor Swift. Or at least a very on-point Swift lookalike.

What do you think about Taylor Swift (kinda) popping up in Selena Gomez’s “Bad Liar” video? Let us know @BritandCo!