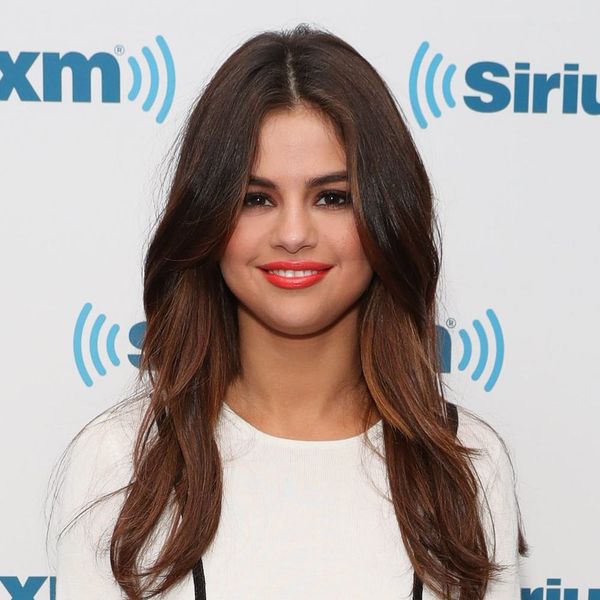 Selena Gomez and The Weeknd (AKA Abel Tesfaye) have been getting hot and heavy for some time now. In just a few short months, they’ve gone from making their first PDA-filled headlines to getting cozy in one another’s clothing, with Gomez most recently rocking her man’s hoodie to the studio.

And while we’ve heard what her fam thinks of her new love, when it comes to Gomez and Tesfaye’s feelings for one another, sans for a rogue heart-eye emoji or a tell-tale megawatt smile, mum’s been mostly the word. Now, the 24-year-old Gomez is opening up to Ryan Seacrest about her and Tesfaye’s relationship, saying that what fans see is pretty much what they get.

When asked about being out in the public eye together, she quipped, “Because I’ve been doing this for so long, I don’t feel there’s anything I would want to… not necessarily hide, but I’m genuinely myself.”

She also alluded to the fact that being herself means making herself happy first and foremost, regardless of what others (like, say, the pair’s exes Bella Hadid, who threw her fair shade at the couple, or Justin Bieber, for instance) may think. “I think it’s really hard when I would want to spend so much time hiding things. It’s too much pressure, and I think everyone gets over everything eventually.”

After all, as Gomez perhaps puts it best, “I just want to be happy. If that’s just me being myself, then I don’t really care.”

Can you relate to Selena’s take on love? Tell us over @BritandCo.

Nicole Briese
Nicole is the weekend editor for Brit + Co who loves bringing you all the latest buzz. When she's not busy typing away into the wee hours, you can usually find her canoodling with her fur babies, rooting around in a bookstore, or rocking out at a concert of some sort (Guns N' Roses forever!). Check out all her latest musings and past work at nicolebjean.com.
Celebrity Couples
Celebrity News
Celebrity Couples love Selena Gomez