Anonymously Call Out a Creepy Coworker Online With This New Website 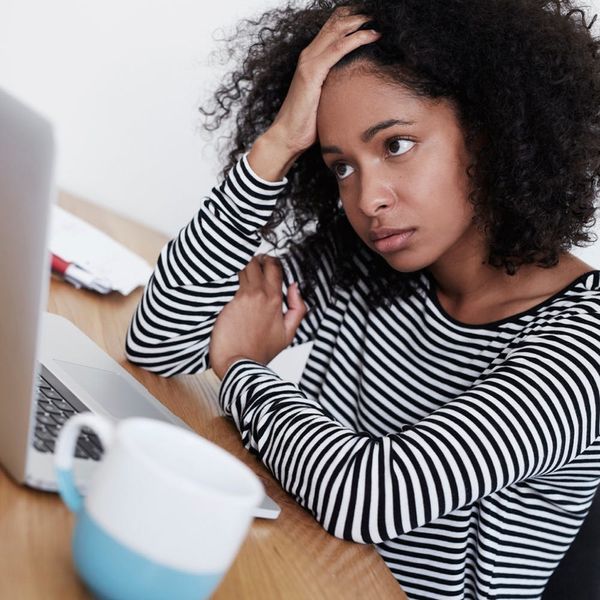 If you’ve been getting your #girlboss on and kicking off your 2016 networking with other girlbosses and climbing the corporate ladder, chances are there’s been at least one or two times where a colleague has made you feel uncomfortable. Whether it’s explicit harassment or just super-skeezy comments that they pass off as jokes, it can be really discouraging and isolating. Often, you can get stuck in a cycle of wondering whether it’s all in our heads, if we should say something directly to the person or go to a superior — and if it would just create more tension. New website Shine Squad can’t exactly make your creepy coworker leave you alone, but they’re working on the big picture, spreading awareness of workplace sexual harassment so in the future we won’t have to deal with skeezballs at work.

The badass women behind the website have created an online platform where people can anonymously submit their stories of workplace sexual harassment. The goal is to provide a safe space where people can open up about these things, and in the process end the stigma around talking about the issue.

Shine Squad launched two weeks ago, and the stories shared so far are enraging and all too common. One anonymous user shared a story that we’re sure many women can relate to, unfortunately: “A single coworker has over time stared at my breasts and my butt repeatedly, to the point that I had to report him. He continues to make jokes about my work being subpar because I am a woman, but actually treats me differently than men of my same position. He trusts them to do good work, but questions me at every step of the way. He has told me that I should wear dresses more often. And I’m not alone — I’ve seen him do it to countless other female colleagues. And yet despite my reporting him, despite others reporting him (for sexual and racial harassment alike), he is untouchable. I don’t see a world where he is ever asked to leave, even though he makes so many of us uncomfortable.”

One word: UGH. The good news is that Shine Squad is planning on using these stories and data they gather from them to encourage some serious, systemic changes in corporate culture. “We will also look to creating spaces for people to come together to form networks of support and/or to develop an organizing plan to take on this poison in our lives,” the Shine Squad about page reads. “We hope that, with this first step, women and transfeminine people know that there is a community that has their back and that we are moving towards action.”

Would you use Shine Squad to let off some steam about a skeezy coworker? Tweet us about it at @BritandCo!

Kylie Kendall
Kylie is a freelance writer living in Ottawa, Canada. When she's not writing, you might find her scoping out all-day breakfast spots in her city or taste-testing every bottle of red wine under $10.
Feminism
Tech
Feminism