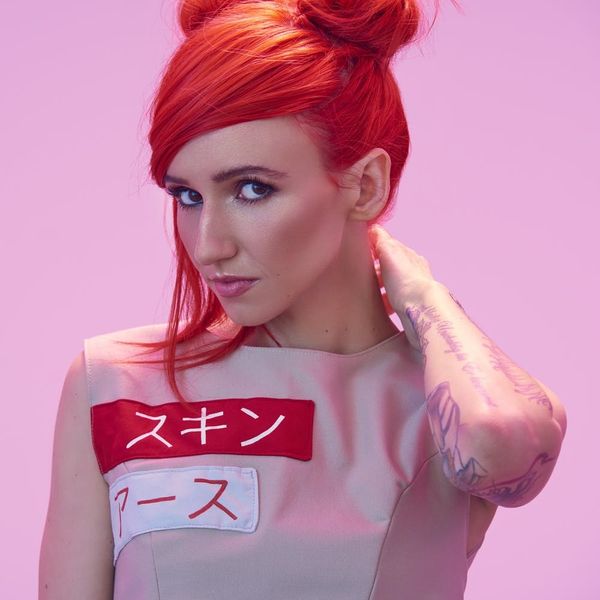 As male-dominated Hollywood continues to be shaken up and barriers continue to be broken down for women, the music industry remains slow in joining the headline-making fight for gender equality. A handful of fierce artists have been devoted to changing that, however, by speaking openly about sexuality, gender roles, their experience with assault, and more. Artists like Kesha, Lady Gaga, Janelle Monáe, and, most recently, award-winning singer/songwriter Lights — a self-professed “sexually empowered nerd woman” — are bringing the music world’s gender relations to 2018 standards.

The 31-year-old alt-pop sensation has been overcoming obstacles and breaking down barriers since she first started in the biz as a teen, penning songs for a local Canadian TV show. Now, she’s on a mission to help make the industry an equal playing field and show her four-year-old daughter, Rocket Wild Bokan, that anything is possible.

“[#MeToo] doesn’t make headlines as much in music because there’s always been that rock star mentality and people have let [sexual consent] slip a lot, but dudes are scared right now and it’s affecting everyone,” she declares when we meet backstage after her performance at the Osheaga music festival in Montreal. “Women are extremely powerful, especially right now, and that’s a good place to be. I think you’ve got to shake things up to make a change and that’s what’s happening.”

The first step, according to Lights, is addressing the lack of females working behind the scenes by encouraging girls to pursue careers in production, engineering, mixing and mastering — you name it.

“If, 15 years ago, when I was a teenager, I would have heard that a song on the radio was produced and written by a girl, I would have been like, ‘Hell yeah! I can do that!’” she explains. “But you don’t hear that, so we’ve got to shout those women out and create content that’s targeted at young girls to show them that it’s an option. What we’re targeted with when we’re young says [nothing about] that being a viable career path — I want to change that!”

Whether that’s by working with more female talent herself or creating a producer-inspired game for young girls, Lights is actively searching for ways to change the status quo and it all stems from one inspirational root: motherhood.

“Since I’ve had a kid, I’ve just been more inspired than ever [and] braver for sure,” she reveals. “I’m like, ‘I don’t care!’ It puts things into perspective a little bit more and you’re not so narcissistic about people judging you because it’s going to happen anyway. You just have to work your ass off and impress them and show them what you’ve got!”

Here’s a variety of photos of me posing with... *clears throat*.... MY BOOK!!!!!! If you don’t have this shit hit up a book store stat and take a trip into Skin&Earth. And go explore @skinandearthworld if you wanna go in HARD. (📷: @carinaguts)

Which is exactly how she worked up the courage to challenge yet another male-dominated industry and release a six-part comic series dubbed Skin & Earth, which came complete with a concept album (and is now being turned into a TV show) and a public confession: She’s bisexual.

Although she admits that she didn’t set out to write a specifically LGBTQ+ story, she knew all along that her heroine, Enaia Jin, would fall in love with a woman while navigating a post-apocalyptic future.

Do you think the music industry still has a long way to go to achieve equality? Tweet us @BritandCo.