Sorry, Apple but Amazon Has a Smartphone Deal for Under $100 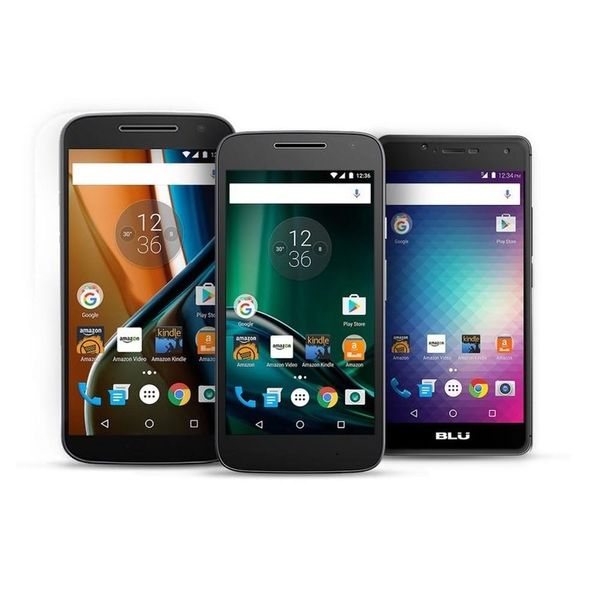 You may justifiably be dreaming about the iPhone 7 that’s coming tomorrow with some pretty fabulous features, but that doesn’t mean you won’t be thrilled with Amazon’s latest prime offer. You can now nab yourself an unlocked Moto G Play phone for under $100. Oh yeah!

The newest addition to Amazon’s “Prime Exclusive” smartphone line, these unlocked phones are discounted because they display ads for Amazon products and services. If you’re into Amazon deals popping up or if you’re just totally willing to put up with ‘em to score a deal, then you’ll love the fact that you can pre-order right now and get your $99.99 Moto G Play phone when they start shipping on September 15.

With Amazon’s two first exclusive phone deals being major hits for the brand, you can also pick up the Blu R1 HD for an incredibly low $50, while the Moto G is a totally reasonable $150.

The new Moto G Play is the least expensive model in Lenovo’s Moto G line, which means it has lower-end specs but is still a steal for the price with a 5-inch, 720p display, Qualcomm Snapdragon 410 processor, 2GB of RAM, 16GB of storage plus microSD card expansion, a 2,800mAh battery, an 8-megapixel rear camera and a 5-megapixel front camera. Compatible with all four major networks in the US, including Sprint and Verizon, you’ll definitely want to get your order in now if you’re looking for a prime deal on a new phone.

Would you be willing to put up with ads if it meant you could nab a cheaper phone? Tweet us @BritandCo!

(h/t The Verge; photos via Amazon)

Desiree O
Desirée O is a ‘Professional Bohemian’ who loves anything and everything related to the arts, entertainment, and pop culture. She ADORES being a ‘Newsy’ for Brit + Co, covering all of the latest tidbits of awesomeness that you want to read about. When she’s not writing, she’s either making messy art, going on long adventurous walks with her camera, or poking around over at bohemianizm (http://www.bohemianizm.com/). You can find out about Desirée O and her work at http://DesireeO.com/ or follow her on Twitter @DesireeO.
Tech News
Tech
Tech News