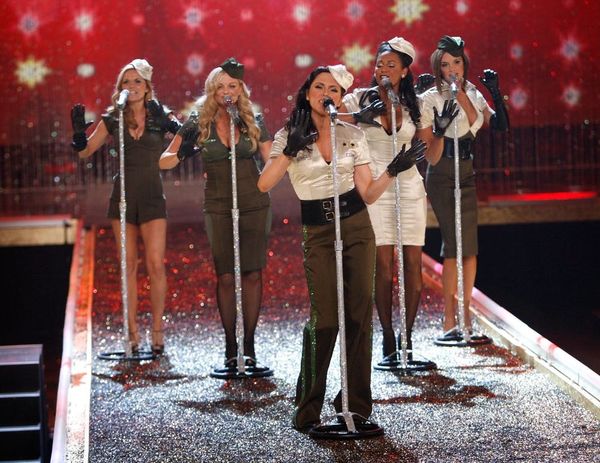 The Spice Girls recently confirmed their long-teased reunion tour, and now four of the five original members are opening up about Victoria Beckham declining to join them for the nostalgic shows.

“Yeah, I think it is tough, because obviously, she’s a huge part of the band,” Mel C said during an appearance on the UK’s Heart Breakfast radio show, which Emma Bunton co-hosts. When the show’s other co-host, Jamie Theakston, jumped in to suggest that Mel C should have said that Beckham “was” a huge part, the girls were quick to correct him.

Mel C, AKA Sporty Spice, went on to note that she was once hesitant to join the reunion as well. “There were times, like I mentioned earlier, I wasn’t sure, and we really supported each other and the decisions that we make,” she said. “We really support [Victoria] and she’s really supporting us. And I think that’s a big part of our ethos.”

“I won’t be joining my girls on stage again but being in the Spice Girls was a hugely important part of my life and I wish them so much love and fun as they go back on tour next year,” she wrote on Instagram alongside a photo of the newly reunited foursome. “I know they will put on an amazing show and the fantastic fans past and present are going to have a wonderful time!”

During their Heart Breakfast appearance, the Spice Girls gave fans a hint about what to expect from the tour, saying they’d definitely be covering all the hits. “We’ve got some really interesting creative ideas, but we want our fans from back in the day to come and enjoy,” Mel C said, shutting down Mel B’s joke that they were recording a new album next week.

The Spice Girls announced six UK dates for the reunion tour, which will take place in June 2019 in Manchester, Coventry, Sunderland, Edinburgh, Bristol, and London.