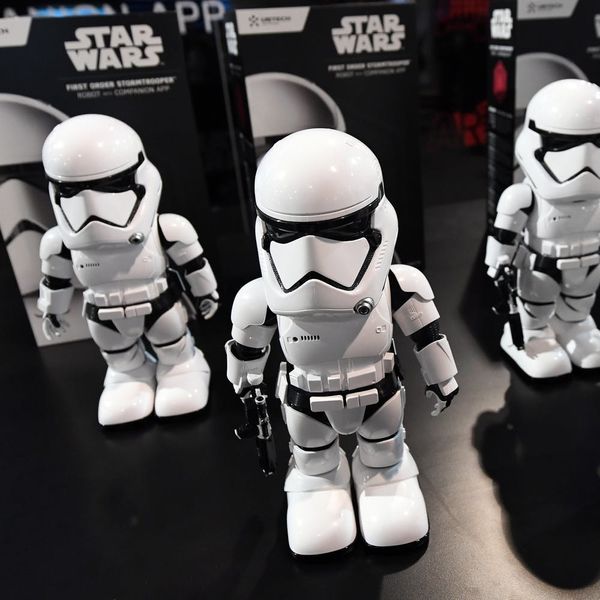 So there’s now an alternate “chauvinist” cut of Star Wars: The Last Jedi. Because of course there is.

The alternate version of the film appeared on Pirate Bay with the absurd title, The Last Jedi: De-Feminized Fanedit (AKA The Chauvinist Cut). Its maker describes his work as “Basically The Last Jedi minus Girlz Powah and other silly stuff.”

Now, the film’s stars could have reacted by getting their collective panties in a knot about this nerdy assault on a cultural institution, but instead, they took another, more enjoyable route, by openly mocking the alternate cut on social media.

We approve and choose to laugh with them.

The new cut basically edits out the majority of scenes featuring women. A few of the important changes the creator felt worth pointing out:

– Phasma is finished after the first blow by Finn.

The film’s director, Rian Johnson, chimed in with this pithy commentary:

Of course, if there’s anyone who can speak for the franchise, it’s Luke Skywalker himself. Mark Hamill couldn’t help but weigh in, summing up his thoughts on the matter thusly:

John Boyega also had the following to say (no points for originality, Boyega):

What do you think of the actors’ response? Tell us @BritandCo!

Lia Grainger
Lia Grainger is a freelance journalist and reluctant nomad who divides her time between Canada and Spain, weather dependent. She's written for The Atlantic, Reader's Digest, the Toronto Star and other print and online publications, and her work appears in dozens of languages around the world.
Star Wars
Current Events
Star Wars