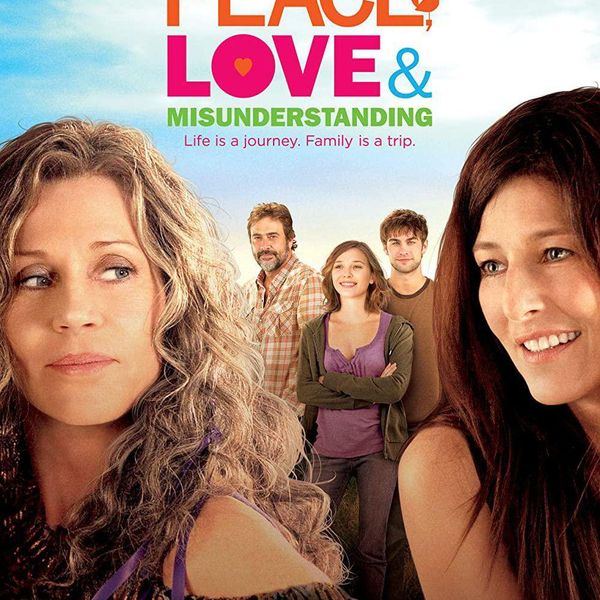 There are a gazillion ways we can think of to celebrate Mom on her big day, but whether you're getting her a thoughtful gift or whipping her up some delicious brunch, spending time with one another is key. Netflix is one streaming platform that's ready to help you do just that (and no, we're not talking about binge-watching Gilmore Girls: A Year in the Life, though it's a good place to start). Instead, cozy up and hit play on one of these eight heartwarming streams below: Enjoy!

The Year Dolly Parton Was My Mom

Most young women fantasize about what it might be like to have another woman for a mom at some point or another in their lives (particularly in times of anger), but the heroine of this film takes things next level: She wants her mom to be Dolly Parton. Little Elizabeth Alison Gray even convinces herself that there's been a mistake, and that Parton must truly be her biological mother. Yet on her quest to find the matriarch she wishes she had, she comes to realize that the one she's got is actually pretty great. (Photo via Mongrel Media/Osiris Entertainment/Reel Suspects)

Jennifer Garner and Jenna Ortega star as mother and daughter in this Netflix film. When Allison (Garner) and her husband Carols learn that their kids think they're control freaks, they agree to a 24-hour Yes Day — where they'll say yes to everything their kids want. After a day full of good times (and some bad ones), oldest daughter Katie (Ortega) realizes that maybe rules can be a good thing. (Photo via Netflix)

Pete and Ellie Wagner get more than they bargained for when they begin fostering siblings Lizzy, Juan, and Lita in this film starring Rose Byrne and Isabella Merced. The Wagners' life becomes full of new joys and struggles, while Lizzy learns that family isn't always biological. (photo via Paramount Pictures)

This one's a classic you've likely seen before (though maybe not without Lindsay Lohan as the lead). Originally starring Hayley Mills, the 1961 feel-good tale recalls a pair of twins separated just after birth, only to happen upon one another as teens. Not only is it amusing but it's also got its share of sweet mom moments, as the girls go to any and all lengths to help their beloved mother recapture her one true love — their dad. (Photo via Buena Vista Distribution)

Starring such Hollywood heavyweights as Jane Fonda, Catherine Keener, Elizabeth Olsen, Chace Crawford, Rosanna Arquette, and former American Idol alum Katharine McPhee, this cross-generational flick sees a mother and daughter forced to reunite after a 20-year rift when Keener is left struggling post-divorce. It’s a lesson in family, a lesson in love, and most of all, a lesson in forgiveness. (Photo via IFC Films)

Based on the true story, Phiona (Madina Nalwanga) sets out to change her life through the art of chess-playing. Her mother Harriet, played by Oscar winner Lupita Nyong'O, is trying to be practical for her daughter, having lived a life of poverty before her. As Nyong'O explained to The Washington Post, “Wanting to have a life outside of poverty is something that Harriet has not seen as a possibility in this community, so how can she possibly instill with confidence that dream in her daughter?" Don't worry — she's bound to come around. It is Disney, after all. (Photo via Walt Disney Studios Motion Pictures)

We can't get enough of this coming-of-age story about four sisters growing up during and after the Civil War. Based on the book by Louisa May Alcott, Meg, Jo, Beth, and Amy must learn to navigate love, heartache, and struggle alongside their mother (played by Susan Sarandon). This is a great pick to watch if you have sisters! (Photo via Columbia Pictures)

What's your favorite film to watch with Mom? Tag us @BritandCo and check out our Entertainment and Mother's Day pages for more inspo!

From Your Site Articles
Nicole Briese
Nicole is the weekend editor for Brit + Co who loves bringing you all the latest buzz. When she's not busy typing away into the wee hours, you can usually find her canoodling with her fur babies, rooting around in a bookstore, or rocking out at a concert of some sort (Guns N' Roses forever!). Check out all her latest musings and past work at nicolebjean.com.
Mothers Day
Streaming
Mothers Day Netflix amazon prime daughter disney plus entertainment family film holidays mom mother movies streaming
More From Streaming