10 Summer Must-Reads, All Written By Women 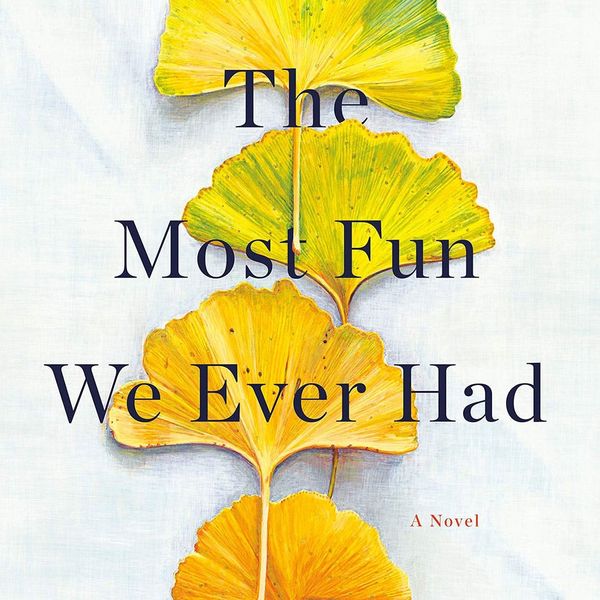 1. The Last Book Party by Karen Dukess ($27): At 25-years-old, Eve Rosen wants one thing: to be a famous writer. When she gets the opportunity to meet and later work for famed New Yorker writer Henry Grey, she begins to think this is the break she’s been waiting for. But as Eve gets caught up in this new literary world and begins to unravel the complexities of the industry, she learns that it may not be the right fit for her after all. Bibliophiles will find great delight in this debut novel by Karen Dukess.

2. The Wedding Party by Jasmine Guillory ($15): A favorite author of Reese Witherspoon, Jasmine Guillory returns this summer with her latest romantic hit, The Wedding Party. Maddie and Theo have never had much in common but with their best friend Alexa getting married, they agree to put their differences aside for the sake of the bride. But after the two spend a romantic night together, they begin to realize that maybe they have deeper feelings for each other after all. With the wedding on the horizon, the unlikely couple will have to define their relationship or risk losing each other entirely.

3. The Printed Letter Bookshop by Katherine Reay ($17): Madeline Cullen used to love her aunt’s bookshop but after a bout of family drama, she turned her back on the place for good. But when her aunt passes away 20 years later, she learns she will be the one inheriting the shop and plans to sell. Working with the shop’s staff to bring the shop back to glory before putting it on the market, it isn’t long until she learns that the store is more than just a local bookshop. With a big decision looming overhead, Madeline learns the true meaning of family and belonging in The Printed Letter Bookshop.

4. The Bride Test by Helen Hoang ($15): After making a splash with her debut The Kiss Quotient, Helen Hoang returns this summer with a story about finding true love no matter the difficult circumstances. Khai Diep struggles to feel emotions due to his autism. Fearing that her son won’t ever find love, Khai’s mother travels to Vietnam to find him a bride and returns with Esme Tran. As Esme gets to know Khai, she finds herself falling for him and despite all her efforts at teaching him how to feel real love, she can’t help but fear that he may never be able to love her back. If you’re looking for a sexy romance read this summer, you’ll love The Bride Test.

5. Montauk by Nicola Harrison ($28): Beatrice Bordeaux has just arrived in Montauk, Long Island in 1938, excited to spend the summer reconnecting with her husband… but then her husband takes off to the city to focus on his work all season. Left to mingle with the other high society women at the Montauk Manor, she bonds with the laundress on site who helps Beatrice realize her true potential and what she really wants out of life. But everything changes when she meets a new man who reminds her of her passions as well as the tragedy from her past. This women’s fiction novel about new love and fresh starts is a hopeful summer read.

6. Three Women by Lisa Taddeo ($27): Lisa Taddeo’s debut Three Women is making waves this summer. Journalist Lisa Taddeo goes where not many writers have gone before as she makes her way across the country to interview women about desire and their sex lives. From the story of a suburban homemaker who embarks on a social media fling to protest her emotionally abusive marriage, to a woman who stands up to a teacher who took advantage of her as a young teen and more, this new highly-anticipated book gives insight like no other and breaks down the stigma around women’s sexuality.

7. The Completionist by Siobhan Adcock ($16): Fans of The Handmaid’s Tale will love Siobhan Adcock’s paperback release this summer. In a dystopian version of our world, Carter is on the hunt for his missing sister after coming home from fighting in the war. As he makes his way into the dark underworld where his sister is working as a Nurse Completionist, he begins to see what a risky job she took on and through the process of searching for her, he stumbles upon secrets about his father that will change their family forever.

8. The Most Fun We Ever Had by Claire Lombardo ($29): When Marilyn and David fell for each other in the 70s, they never anticipated the future ahead of them. Almost five decades later, the two are struggling to help their three daughters maneuver through the most difficult times in their lives. Underneath it all, these three young women are afraid they’ll never find true love like their parents did all those years ago. Claire Lombardo’s debut novel is a powerful story about family, expectations and what it takes to live a truly fulfilling life.

9. You Cannot Mess This Up: A True Story That Never Happened by Amy Weinland Daughters ($17): Forty-six-year-old Amy Daughters is traveling home for Thanksgiving in 2014 when she’s suddenly transported back in time to 1978. Now spending 36 hours in her childhood home with her 10-year-old self and family, she’ll come to see her childhood from a completely different perspective. As she gets to know her family as an adult version of herself, she finds that she’s able to redefine relationships and finally begins to realize the importance of her own story in the midst of this strange occurrence. You Cannot Mess This Up is part memoir and part fiction—the perfect book for anyone looking for a truly unique reading experience this summer.

10. Evvie Drake Starts Over by Linda Holmes ($26): Evvie Drake is doing everything she can to not fall apart after the death of her husband. Spending her days in her home in Maine, her entire world changes when she gets in contact with a friend of a friend, Dean. With his baseball career potentially coming to an end, he moves into Evvie’s attached apartment to avoid his future and the growing media attention he’s getting. What the two don’t know is that their relationship will grow into something they couldn’t have ever expected and both will help each other to a place of healing and peace once again. If you’re on the market for a feel-good novel this summer, this book will do just the trick.

Female writers are taking the world by storm this summer. Whether you’re in the mood for a little romance, a suspenseful dystopian novel or a relatable read, these 10 books are just a taste of the diverse stories being brought to the table this summer.