How to Turn Your Smartphone into a Touchscreen Table 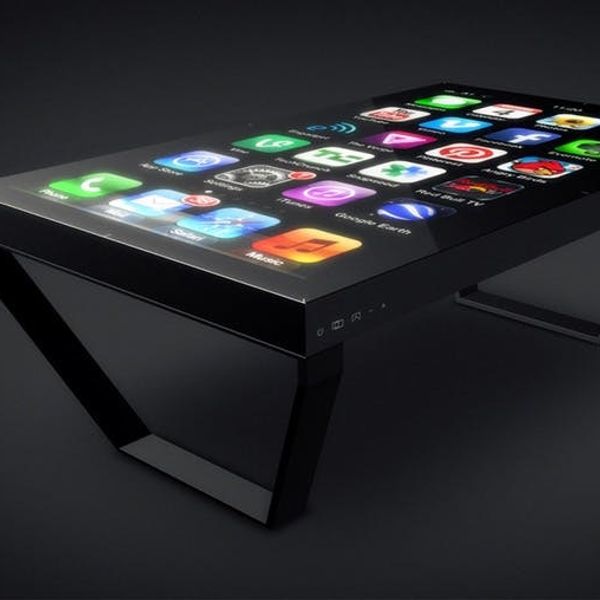 You may recall seeing this sort of urban legend back in 2011. It was a very well-faked viral video of a table made to mimic the screen of an iPhone, thereby becoming a giant phone. Well guess what? Now that crazy table is real!

Introducing TableConnect, a table that turns your iPhone, iPad, or Android into a giant touchscreen table.

Currently seeking funding on Indiegogo, the prototype for TableConnect is sleek, minimal, and pretty darn good-looking.

Here’s how it works: Simply plug your phone or tablet into the table, and everything you can do on your phone becomes 100 times bigger. It’s as simple as that.

At 60 inches, this is bigger than most average flatscreen TVs, making the whole touchscreen thing something you can share with friends, colleagues, and family. Play games, go through presentations, brainstorm and write down notes with a stylus – the possibilities for how you use such a table are endless.

The gaming aspect is probably the most appealing, as it makes game-play more active than a couple of thumbs twiddling on a tiny screen. It’s sort of like what the Wii did for Nintendo, by making people get up and move around.

And it’s not just a TV on four legs. It’s a piece of luxury furniture that can act as your dining table, your desk, your craft table, whatever you want. The seamless design means there are no screen corners just waiting to fill up with Cheddar Goldfish crumbs and the like.

IdeaCentre Horizon Table PC. At 27 inches, this doesn’t really light a candle to TableConnect, but could be a more practical investment (prices start at $1,449) since it can also angle up and act as a regular tablet or PC.

And when the Microsoft Surface surfaced (three cheers for puns!), Samsung promptly served up a 40-inch touch table made to work with the Surface through Microsoft PixelSense.