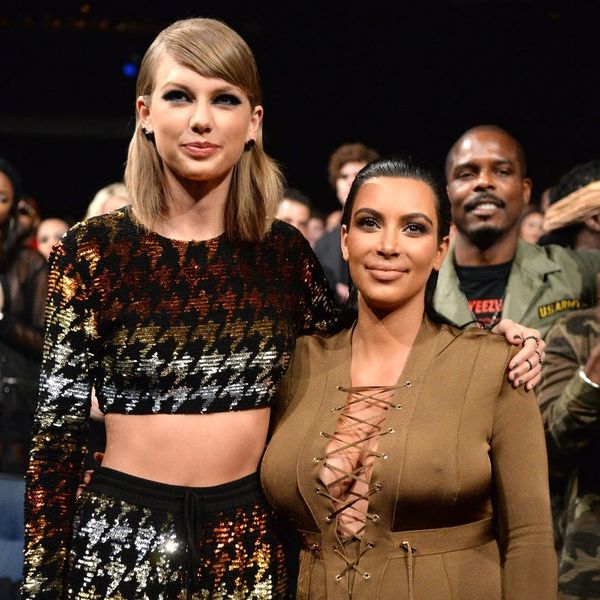 When Taylor Swift released her new album Reputation, fans were certain that many of the lyrics, as well as the snake imagery, referred to the singer’s feud with Kim Kardashian and Kanye West. Now, Swifties think Kardashian is firing back in a not-so-subtle way, and they’re not happy about it.

On Monday, Kardashian shared an Instagram of herself taking a picture at the 2016 “Famous” exhibit. It featured the naked wax figures of West, Taylor Swift, and other celebrities, as originally seen in West’s video of the same name.

The caption on Kardashian’s post read simply, “famous,” and while it might seem like a harmless throwback, the reality star’s comments were instantly flooded with rat emojis from Swift fans who saw the move as some low-key shade directed at the “Look What You Made Me Do” singer.

It was West’s lyrics about Swift claiming he “made that b*tch famous” that originally led to a feud with the singer. After Swift claimed she was not aware of or okay with the lyrics, Kardashian leaked a phone call between her husband and the Grammy winner, where they can be heard discussing the song.

At the time, Kardashian used the snake emoji to depict Swift, but over time, loyal Swifties started spamming Kardashian’s comments with the little green icon. Swift has since reclaimed the snake imagery, and Kardashian appears to have blocked the corresponding emoji from her Instagram comments — but that hasn’t stopped Swift fans from now reminding Kardashian that the “snake eats the rat.” Ouch!

Do you think Kim’s post was a shot at Taylor? Let us know @BritandCo!