Is Taylor Swift Shading Kimye With Her Boots? 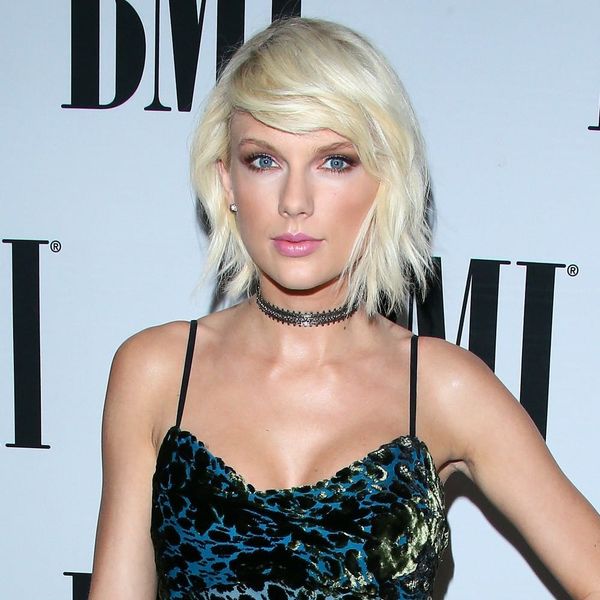 It’s been an interesting year for Taylor Swift, especially when it comes to shade-throwing. Now, fans think that Swift may be reigniting a feud with Kim Kardashian West and Kanye West with her boots.

Last year, the “Bad Blood” singer got ambushed on Instagram with hundreds of snake emojis from Kimye fans after Kardashian West posted a tweet not-so-subtly using the slithery reptile to refer to Swift. So, naturally, Swift reclaimed it to, as fans believe, continue throwing subtle shade at the duo.

She posted vids of a snake striking the camera leading up to the release of her enigma-of-a-song “Look What You Made Me Do,” and now she’s letting her shoes do the talking.

Taylor Swift rocked some snake boots as she listened to her upcoming album with fans: https://t.co/HHQl12bKFD pic.twitter.com/zFuS6hpX4w

Swift stepped out wearing an oversized black button-up dress, tights, and a pair of Gucci boots for a meet-and-greet in London to promote her new album Reputation. And yes, they were decked out with snakes. And Twitter definitely read between the lines:

Just need someone to buy me these $2500 Gucci snake boots that Taylor swift wore thanks pic.twitter.com/3tyH440681

Haters: “Taylor Swift is a SNAKE.”

Taylor Swift wearing $2,400 gucci snake boots and a snake ring to the london secret sessions. I live for this queen!!! 🙌 She is so extra 😂

Is this about Kim and Kanye or is this just about some really good boots?

WELP. It appears she is leaning the fuc… https://t.co/Nz1pg8n2ta

Everyone out here sayin Taylor Swift is horrible since she apparently a snake but I’m just here like welcome to Slytherin, b

Her sixth album doesn’t drop until November 10, so we’ll have to wait ’til then for more clues, but until then, people are gonna keep right on speculating.

What do you think about Taylor Swift’s choice of attire? Coincidence or hidden message? Tell us @BritandCo!

Shea Lignitz
Shea can be found in the nearest bookstore or brewery, exploring the great outdoors, or blasting Led Zeppelin. She grew up in the cold and rain of Northern California's redwoods but is currently wandering around Texas.
Celebrity Style
Celeb Style
Celebrity Style Controversy Kardashians Shoes Taylor Swift