The 20 Most Popular Beaches for Your 4th of July Picnic 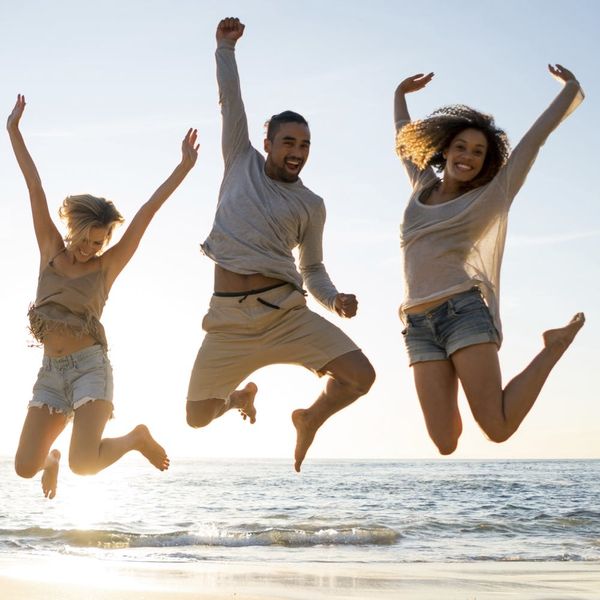 The Fourth of July is coming, which means it’s time for flaunting your fashionable stars and stripes, trying out various versions of patriotic-flavored ice cream and, of course, some fun in the sun. If you happen to live by water, then lucky you, because (safely) soaking up the rays and dipping into the water will always be a favorite way to celebrate. That’s all the more true if you happen to live near Ocean Beach, La Jolla Cove, Laguna Beach or any others that made the list of the 20 most popular beaches in the US, which also just happen to be the perfect place for your Fourth of July picnic.

According to Swarm, the game-like check-in app from Foursquare, some beaches are much more popular than others (i.e. receiving more check-ins via the app), with 20 nabbing the top spots for sandy greatness. Granted, the numbers also reflect the population of the particular areas (just because it’s the busiest doesn’t always mean it’s the best), but since so many people seem to like it enough to throw down their blankets, it’s surely worth a trip. Whether you’re looking for lotsa sun, soft sand or playful waves, here are the top waterside lounging spots.

TOP 20 BEACHES IN THE UNITED STATES

Which beach is your favorite (whether it’s on the list or not) and why? Tweet us @BritandCo!

Desiree O
Desirée O is a ‘Professional Bohemian’ who loves anything and everything related to the arts, entertainment, and pop culture. She ADORES being a ‘Newsy’ for Brit + Co, covering all of the latest tidbits of awesomeness that you want to read about. When she’s not writing, she’s either making messy art, going on long adventurous walks with her camera, or poking around over at bohemianizm (http://www.bohemianizm.com/). You can find out about Desirée O and her work at http://DesireeO.com/ or follow her on Twitter @DesireeO.
4th of July
Tech
4th of July social media
More From Tech