These Disney Villain Nails Are What Halloween Dreams Are Made Of 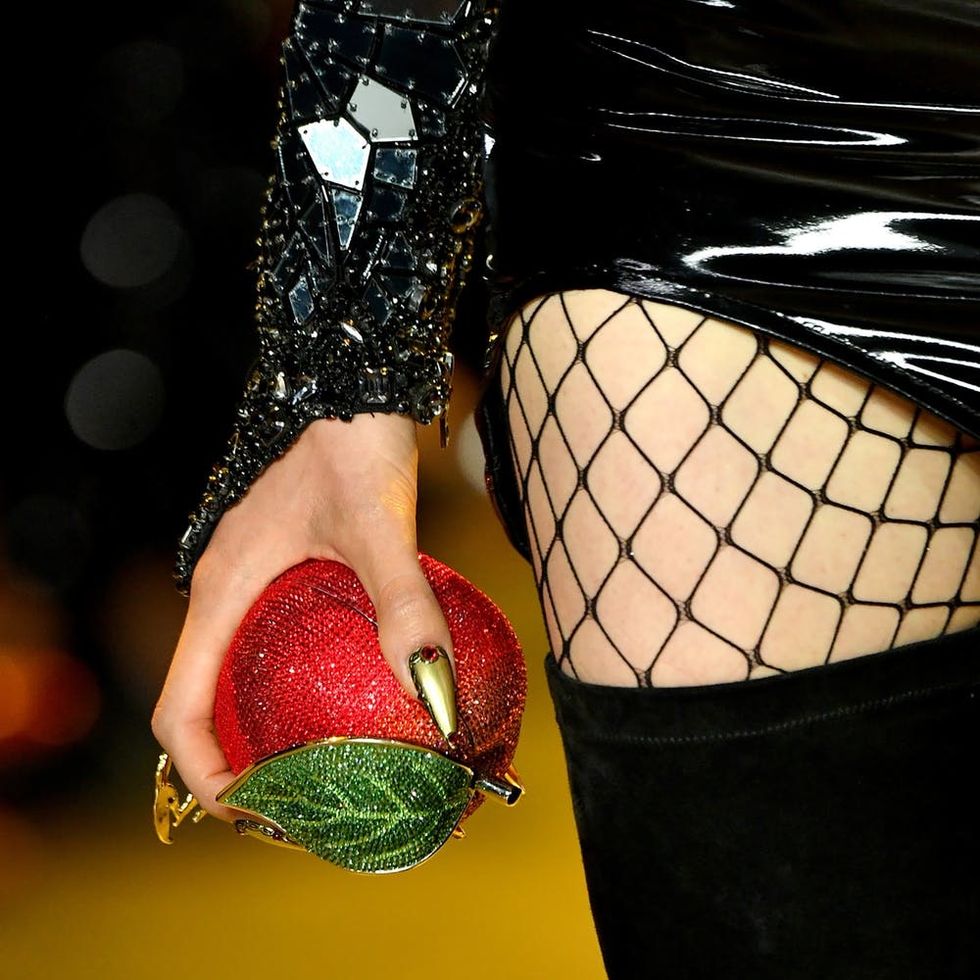 The Disney princesses may get all the love, but everyone knows it’s way more fun to be the baddie. That’s why design duo The Blonds paid homage to Disney villains during their Spring 2019 runway show. Models including Paris Hilton and YouTube personality Patrick Starrr strutted their bad selves down the runway in looks inspired by Cruella de Vil, Maleficent, Ursula, and the other feisty foes we love to hate. And while the fashion was fire, we’ve gotta give props to the manicurists, who definitely nailed it with their bedazzled creations.

Jan Arnold, co-founder and style director of CND, told ELLE.com backstage that creating the witchy looks took “around 500 hours from start to finish. We started with The Blonds two months ago, talking about what the inspiration was, then the team went to town.” Arnold added, “Craftsmanship alone was 300 focused hours of sculpting, designing, and detailing all the nails.” (Photo via Craig Barritt /Stringer/Getty)

Lead nail artist Shelena Robinson worked her magic to create the over-the-top nail designs, because it’s so much more fun to play the villain sometimes, right? And no detail went unnoticed — from horns, stolen hearts, and piercings, these nails were perfectly fit for an Evil Queen.

The biggest, baddest, most evil manicures you’ve ever seen 😈 #DisneyVillainsXTheBlonds

Would you rock these delightfully evil dagger nails? Tell us @britandco!

Arielle Tschinkel
Arielle Tschinkel is a pop culture junkie who went to NYU because the Olsen twins went to NYU (really). She is a freelance writer whose work has also been featured on HelloGiggles, Refinery29, SheKnows, Bustle, Hollywood.com, and many others; and she's living her dream one Britney Spears GIF at a time. Follow her on Twitter @mrstschinkel or visit her website at arielletschinkel.com.
Beauty Trends
Beauty News
Beauty TrendsNail Art DesignsNail Polish