These Creepy Illustrations Show What Disney Villains Would Look like IRL 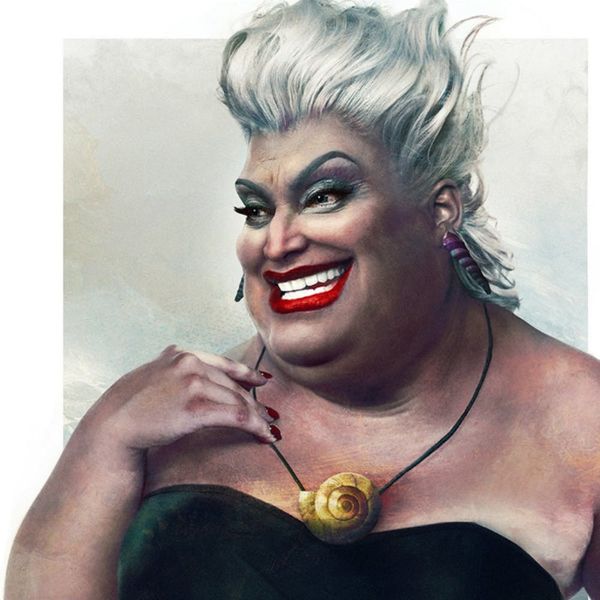 Halloween is upon us and we’re finalizing our costumes and putting the finishing touches on our pumpkin carvings. We all know that Halloween is all about the scary and as kids, nothing scared us quite as much as Disney villains. Raise your hand if you’ve ever cowered in fear when you watched that scene where Ursula battles King Triton in The Little Mermaid. Just in time for Halloween, Disney has found a brand new way to give us nightmares by commissioning Melbourne-based visual artist Jirka Väätäinen (you know, the artist who created the amazing real-life Disney girls) to bring Disney villains to life. Creepy.

These illustrations are so frighteningly realistic that we can practically hear Maleficent screaming her classic line, “You poor, simple fools. Thinking you could defeat me. Me! The mistress of all evil!” Jirka perfectly captured everything from Ursula’s evil grin to Captain Hook’s arched brows to the dead look in the Evil Queen’s eyes. He also created a sinister image of Hades from Hercules with his fingers together plotting an evil plan, as well as Gaston with bulging muscles and of course ample chest hair. Check out the rest of the images below.

*Shudder* We can’t wait to see what other villains are going to get the IRL treatment. May we suggest Jafar, Cruella de Vil or the Queen of Hearts?

What do you think of these Disney villain illustrations? Which one gave you nightmares as a kid? Tell us in the comments below!

Corie Hengst
Corie is a freelance writer, editor and self-proclaimed grammar nerd. Over the years, she has written and edited a variety of articles ranging from travel to finance to beauty. When she’s not writing, you can find her surfing travel websites, cooking and teaching at Gotham Writers’ Workshop in New York City.
Artist
Pop Culture
Artist Disney
More From Pop Culture