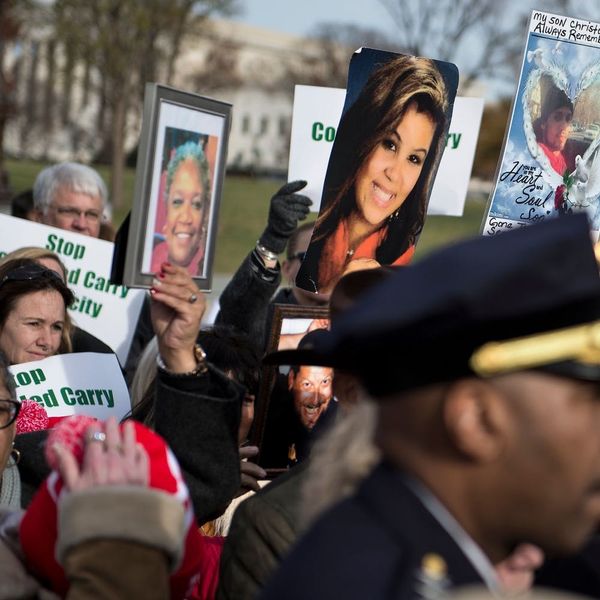 The House passed new legislation on Wednesday that would require all states to recognize concealed carry permits from other states. If it passes the Senate, the bill would allow individuals with state-issued concealed carry permits to carry their weapons legally into other states, overriding state attempts at gun control and essentially creating a national gun license.

The Concealed Carry Reciprocity Act passed easily in the Republican-controlled chamber, 231-198. It was the first action taken on gun control under the Trump administration and comes in the wake of mass shooting in Las Vegas, Nevada and Sutherland Springs, Texas that left a combined 84 people dead.

Not surprisingly, the National Rifle Association hailed the vote as a major victory for Second Amendment Rights, while Senate Democrats plan to strongly oppose the bill, reports the New York Times.

The bill was part of a House GOP gun bill that also included a proposal popular with both Democrats and Republicans to improve the National Instant Criminal Background Check System. That measure would create incentives for federal and state agencies to report criminal and mental health information to the NICS.

Pairing the two measures is seen by many as a not-so-slick maneuver to gain Democratic support for what would otherwise be a wildly unpopular piece of legislation.

“The concealed carry reciprocity is bad in a worse way than the fixing of the NICS system is a good thing,” said Mark Kelly, who is the husband of shooting survivor and former Representative Gabrielle Giffords. “They don’t cancel each other out.”

The legislation also includes a provision for the study of “bump stocks,” the device that turns semi-automatic firearms into rapid-fire weapons like the one used by the Las Vegas gunman.

A minimum of eight Democrats would need to support the package in the Senate for it to become law. With that support far from guaranteed, Republican senators appear to be in no rush to get the bill to the floor.

Tell us what you think of the concealed carry bill on Twitter.

Lia Grainger
Lia Grainger is a freelance journalist and reluctant nomad who divides her time between Canada and Spain, weather dependent. She's written for The Atlantic, Reader's Digest, the Toronto Star and other print and online publications, and her work appears in dozens of languages around the world.
Controversy
Current Events
Controversy Politics
More From Current Events