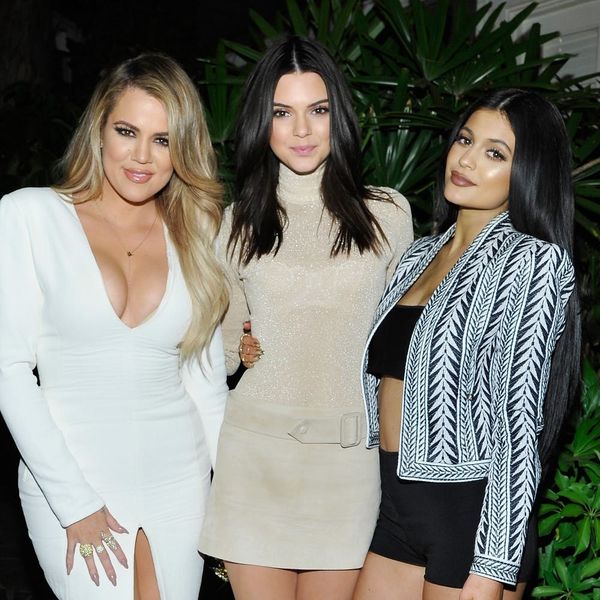 We love getting tips and tricks from professional fashion aficionados, like Brie Larson’s stylist who shared what it’s like to get stars glammed up for the red carpet, or the stylist giving us insider info on how to nab Kate Middleton’s “rich girl hair.” That’s why we’re thrilled to get juicy deets from Monica Rose, the woman responsible for some of Hollywood’s sexiest (and most headline-making) looks. Take a look at how she picks the hottest looks for Kylie, Kendall and Khloé, and prep yourself for some seriously sizzling style.

Monica Rose had a chat with People to reveal why she chose each look for some of Hollywood’s hottest ladies in truly statement-making styles.

Step up in this bitch like....🎉Birthday girl @kyliejenner 👑🎂 #STYLEDbyMonicaRose #KylieJenner

When it comes to dressing the younger Jenner sister, Monica says, “Kylie definitely likes form-fitted stuff, but she’s definitely one that loves to take risks. She loves to wear a lot of streetwear brands and mix it in with high-end fashion. She’s pretty open.”

Because of that openness, Kylie is totally willing to step out in slay-worthy outfits like the sheer lace Balmain catsuit Kylie Jenner wore to her 19th birthday party in August. Monica says that because the event was held at a club, Kylie “wanted to be fun and sexy.” Achievement: unlocked.

For Kendall, the vibe is all about the ‘90s. Monica explains, “I grew up in the ’90s as a teenager so I feel like I always have a ’90s aesthetic.” *high-five* “The bralette was just so pretty, and I felt like, why not show it over the t-shirt and show how pretty it actually is? I just think she looks so cool and effortless.” And that’s just perfect for Kendall because, according to Monica, Kendall “just exudes coolness. She’s just so cool.”

For big sis Khloé, Monica feels like the best and boldest she’s done is the nude Balmain skirt, top and bodysuit. What’s surprising (or not?) is the fact that this is actually the toned-down version of what was originally planned. The first look was totally sheer. But considering this was for an appearance on Ellen, we think adding the slip was definitely the right choice. “I thought since it was for Ellen and since it was daytime, we had to add a slip on it and not make it so sexy, so ‘night.’” Takeaway: One amazing outfit can work two ways, if you just add a slip.

What is your best tip for nailing a super sexy look? Tweet us @BritandCo!

Desiree O
Desirée O is a ‘Professional Bohemian’ who loves anything and everything related to the arts, entertainment, and pop culture. She ADORES being a ‘Newsy’ for Brit + Co, covering all of the latest tidbits of awesomeness that you want to read about. When she’s not writing, she’s either making messy art, going on long adventurous walks with her camera, or poking around over at bohemianizm (http://www.bohemianizm.com/). You can find out about Desirée O and her work at http://DesireeO.com/ or follow her on Twitter @DesireeO.
Celebrity Style
Celebrity News
Celebrity Style Kardashians
More From Celebrity News