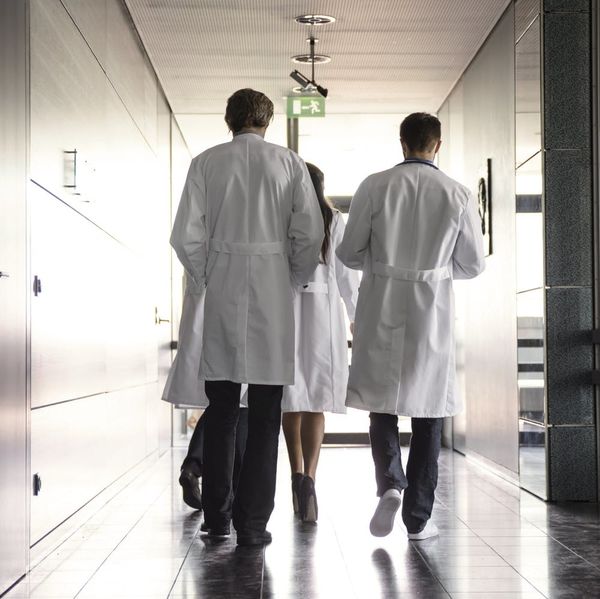 You may have heard the term “opioid crisis” buzzing in the last few years as more and more people across the US become addicted to habit-forming painkillers and heroin. The New York Times has called it the “deadliest drug crisis in American history.” With deaths on a sharp rise, President Trump announced a Public Health Emergency today to try to deal with the crisis at a federal level.

Before an audience in the East Room at the White House, the president declared: “As Americans, we cannot allow this to continue. It is time to liberate our communities from this scourge of drug addiction. Never been this way. We can be the generation that ends the opioid epidemic. We can do it.”

Announcing that he believes that our generation can be the one to “end” the rising tide of opioid addiction, Trump said he would be directing every federal agency he can to greater drug enforcement and linked the US-Mexico border wall that has been planned with efforts to stem the tide of illegal drugs coming into the United States.

The president suggests that the greatest danger that drug-addicted Americans face is heroin illegally smuggled in on foot along the US-Mexico border. However, the biggest culprit behind this crisis of drug addiction stems from the overprescription of narcotic painkillers.

The Centers for Disease Control reports that while heroin overdoses remain high (over 15,000 deaths in 2016), natural and synthetic prescribed drugs killed over 14,000 Americans in the same timeframe. Many patients who become addicted to legally prescribed opioid painkillers eventually become heroin users; the illegal narcotic is cheaper and more potent.

The CDC further reports that in 2016, doctors were three times more likely to prescribe habit forming opioids as pain medication than they were in 1999, which has created a freight train of addiction across the country.

The president announced that going forward, pharmacies will be required to dispense no more than seven days’ worth of prescription opioids at a time. Invoking his brother, Fred Trump, who died due to complications to alcohol addiction, the president said, “If we can teach young people not to take drugs, just not to take them… not to start, then it’s really easy not to take them.”

The plan intends to use funds from the Public Health Emergency Fund, which reportedly only contains $57,000. In August, Trump announced that he had planned to name this a National Emergency, which would have triggered federal funding to be funneled into state coffers to help stop this epidemic.

A National Health Emergency is called in 90-day intervals, which means this one will be up for renewal in January. Under this plan, the money that is currently available will more easily be funneled into clinics to aid in treatment. Even so, utilizing these newly released funds may take longer than the 90 days that this declaration will cover.

State officials speaking with Politico shortly after the president’s announcement said that the plan, as proposed, falls very short of what is truly needed. In the past, on-the-ground addiction experts have called for a greater understanding of exactly why people take these drugs, as well as how to protect them with easier access to naloxone, a methadone-like drug that is not habit forming and can reverse an overdose, stopping it from turning fatal.

“There are some measures in the package that suggest states could shift money away from HIV to the opioid crisis, but the fact is patients who are suffering from the opioid crisis, they have other health concerns too,” Tiffany Kaszuba, deputy director of the Coalition for Health Funding told Politico. “It’s not even robbing Peter to pay Paul anymore. It’s robbing Peter to pay Peter.”

Do you live in a state with a high instance of opioid addiction? Tell us about it @BritandCo!