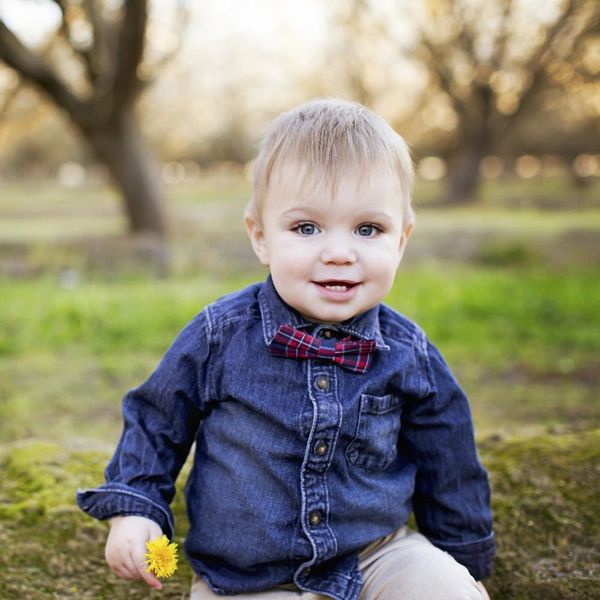 Looking for the middle ground between cool and edgy boy baby names like Axl, Legend and Bodhi, and quiet traditionals like Michael, Joseph and David? You’re in luck! There’s a crop of boy baby names that are bona fide classics with history galore. And they still feel stylish — even fresh — in 2016.

The reigning king of stylish classics for boys has to be Sam. Keri Russell recently shared that she and Matthew Rhys welcomed son Sam in May (Russell is also mom to River and Willa with ex-husband Shane Deary). A few days later, The Bachelor alums Sean Lowe and Catherine Giudici Lowe announced the arrival of their first son, Samuel Thomas.

Sam has all the ingredients for a stylish classic name. It’s currently very popular, more popular than in many years past. But while Sam and similarly stylish names are climbing in use, their deep historic roots mean that they can’t be dismissed as trendy or fleeting.

If you’re looking for a name that feels current and classic at the same time, this is the list for you.

1. Samuel: Keri Russell hasn’t shared Sam’s full name, but it almost doesn’t matter. Nearly every Samuel is a Sam, including Jennifer Garner and Ben Affleck’s son, born in 2012. Samuel is a perpetual Top 100 name, found in the Old Testament, worn by Founding Father Samuel Adams and actor Samuel L. Jackson, to name just a few. The name currently ranks Number 23 in the US, the perfect combination of traditional, all-boy name and fashionable favorite.

2. Henry: If Sam has a brother, he might be Henry. It’s a white-hot name in Hollywood, chosen by Colin Farrell, Heidi Klum, Rachel Weisz, Minnie Driver, Emily Deschanel, Julia Roberts, Amanda Peet and others. Regal and accessible at the same time, Henry once ranked in the US Top 10. At Number 29 today, Henry might be on its way back to the top of the charts.

3. Jack: Originally a nickname for the enduring John, Jack has long been seen as an independent name. Worn by a president (Kennedy), a poet (Kerouac) and a pirate (Sparrow), it’s a shape-shifting name and a go-to for fictional characters and baby boys alike. Jack topped the charts in England in recent years and remains a favorite there. In the US, Jack stands at Number 40.

4. Oliver: Speaking of England, the current Number One name there is Oliver. It’s a literary choice, from the medieval epic The Song of Roland to the ’70s breakout hit Love Story. It’s also the name of Ginnifer Goodwin and Josh Dallas’ older son, Oliver Finlay. The name entered the US Top 100 in 2009, and has rocketed to Number 19 – the most popular Oliver has ever been in the US.

5. Benjamin: Another name reaching new heights is Benjamin. Ben recently debuted in the US Top 10. From Founding Father Franklin to actors Stiller, Affleck, Vereen and Whishaw, there are plenty of high-profile Bens that come to mind. It’s a name that feels capable and Ben is every bit as friendly and down-to-earth as Sam.

6. Luke: The original Star Wars movie debuted way back in 1977, boosting the Biblical Luke as a baby name. The appeal hasn’t faded, and Luke now stands at Number 28. Factor in related names Lucas and Luca and you’ll realize this name can be heard on playgrounds everywhere. With Star Wars back in the spotlight, Luke could continue to climb the charts as a Biblical name at home in the 21st century.

7. Owen: In the space of a decade, Owen entered the US Top 100 and made it all the way into the Top 40. The name currently stands at Number 36. And why not? Owen sounds like all of those new favorites for boys like Logan and Rowan, but has history to spare. There’s a 17-century saint, a medieval king and fictional characters from Boardwalk Empire to Jurassic World who share this name.

8. James: Yes, Blake Lively and Ryan Reynolds used this name for their daughter and they weren’t the first. But James remains near the peak of popularity for boys in the US, currently at Number Seven. Biblical, regal and very presidential, James hasn’t been hurt one bit by borrowing from the girls and remains a stylish classic choice for boys. One difference from generations past? James is much less likely to answer to Jim.

9. Charlie: Charles is the evergreen name, worn by accomplished men like Darwin and Dickens. But Charlie is the stylish classic – friendly, upbeat and creative – just think Charlie Parker or Charlie Chaplin. In Harry Potter, there’s a Weasley brother by the name, and Charlie and the Chocolate Factory is an enduring childhood favorite. Charles stands at Number 50 in the US and Charlie at Number 229.

What’s your favorite classic boy name? Tweet us @BritandCo and let us know!