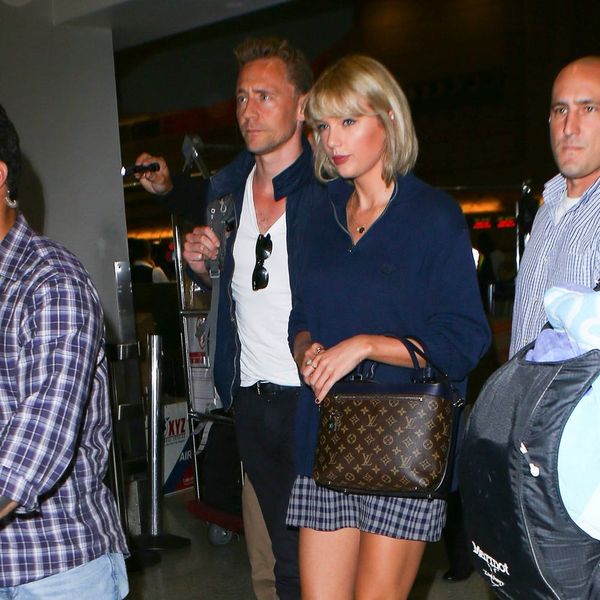 Taylor Swift may be knee deep in controversy with her ex, Calvin Harris (and everyone reacting to his Twitter attack *ahem Katy Perry*), but there’s at least one celeb who’s voicing his happiness for her and Tom — who, BTdubs, are TOTALLY official, thank you very much — cheering them on with some sweet words of encouragement.

Tom’s Thor: Ragnarok co-star, Chris Hemsworth, seemed plenty supportive of the couple in a new interview with NOVA 96.9 this morning. Though he says he’s yet to meet the songstress, as she just arrived Down Under three or four days ago, he does say, “She’s obviously hugely talented.” He goes on to add that “he’s seen Tom around, and he looks happy, mate. Yeah!”

You hear that, haters? Hiddleswift is as blissful as can be, drams or otherwise!

When asked if he would try to get an autograph for his daughter India, Chris says that he plans to have no shame the day his Taylor meeting does occur.

“I’ll ask her just to sing a song,” he says. “I’ll hand her the guitar in between set…and [say], off you go. Couple of tunes would be nice.” We like the way you think, guy!

Also giving the couple her official stamp of approval? None other than Kim Kardashian’s own mother, Kris Jenner. Despite the fact that her daughter and son-in-law, Kanye West, have been totally immersed in a very public feud with Tay, mama Jenner had some very objective things to say about Taylor’s new relationship during her own radio interview with Kyle and Jackie O on Kiss 106.5.

When asked if she thought the relationship was a publicity stunt, she said “I would doubt that. I don’t know any of the details about her relationship or any of that, but she’s lovely, and I’m sure just like anybody else, when you date someone in this town, everything becomes a photo shoot… I think only Taylor and whoever she’s with knows what’s going on in that relationship.”

Kris went on to say that she has the same hopes for Taylor as she does for her own daughters, which is just for her to find happiness. “It’s just like my girls; I want everybody to find whatever happiness that makes them happy. I think when you’re young and you’re dating and you have a very public life, it’s got to be really hard. She’s great, and I wish her the very best. She has an amazing family and a wonderful mom, and she’s just trying to navigate, trying to date in the public eye just like everybody else.”

Whoa. We certainly weren’t expecting THAT one! What say you now, Kimye? *makes popcorn*

Are you surprised by these celeb reactions? Tweet us over @BritandCo!