These Are the Victims of the New York City Terror Attack 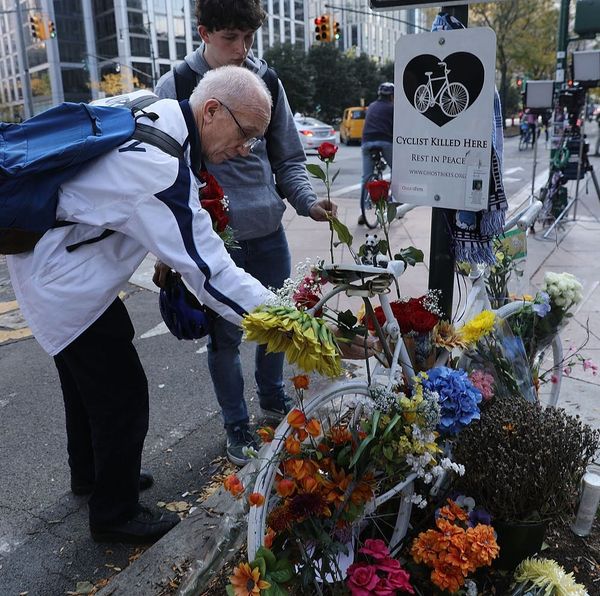 The country was left heartbroken after news broke on Tuesday of a terrorist attack in New York that left eight people dead, with many more injured. Now the names of the victims we lost in the tragic incident have been released, with their friends and family members speaking out to remember them.

Five of the men who lost their lives were among a group of 10 friends from Argentina who were visiting the US to celebrate the 30th anniversary of their graduation from a technical high school in Rosario, Argentina’s third largest city. The Argentine Foreign Ministry identified the men who died, all in their late 40s, as Hernán Diego Mendoza, Diego Enrique Angelini, Alejandro Damián Pagnucco, Ariel Erlij, and Hernán Ferruchi.

According to the Washington Post, a sixth member of the group, Martin Ludovico Marro, was also struck and is currently in the hospital in stable condition. The Post also reported that Argentina’s President, Mauricio Macri, made a statement about the incomprehensible occurrence, saying, “They were five young entrepreneurs, model citizens in Rosario society. We all must stand together in the fight against terrorism.”

Ornee Pagnucco, the 18-year-old daughter of victim Alejandro Pagnucco, spoke to the Post about her father’s “dream” to visit New York City and said of her family’s loss, “We’re shattered. It’s been really hard.”

31-year-old Ann-Laure Decadt from Belgium was also killed during the attack while she was reportedly biking on the popular path with her two sisters. Though her siblings walked away with no injuries, Ann-Laure wasn’t as fortunate. She left behind two young children, including a three-year-old and a three-month-old son.

Her husband, Alexander Naessens, released a statement to the Daily News saying, “This loss is unbearable and unthinkable.”

New Milford, New Jersey resident Darren Drake was also riding his bike during his 15-minute break from his job as a program manager at Moody’s Analytics when he was killed. According to NBC New York, the 32-year-old had started riding up to 25 miles each day in a renewed effort to focus on his health.

“He had everything going for him,” his father, Jimmy Drake, said through tears. “If there was one guy a terrorist was going to kill, it wouldn’t be my son. He wouldn’t swat a fly.”

"He would pet every dog" – friends remember 23yo Nicholas Cleves, a New Yorker killed while riding bike in #NYCTerroristAttack. #abc7ny pic.twitter.com/4IqbfpdG9X

The attack’s final victim was West Village resident Nicholas Cleves. The 23-year-old was reportedly an adventurous person who graduated from Skidmore College with a degree in computer science and physics just last year.

“There are some people who are just good, and he was,” a neighbor of Cleves told the New York Post. She also spoke to NBC, saying, “This is an absolutely lovely young man. The type of person every parent hopes [their child] grows up to be.”

Our hearts go out to each of the victims’ families during this difficult time.

How do you remember loved ones passed? Tell us over @BritandCo.