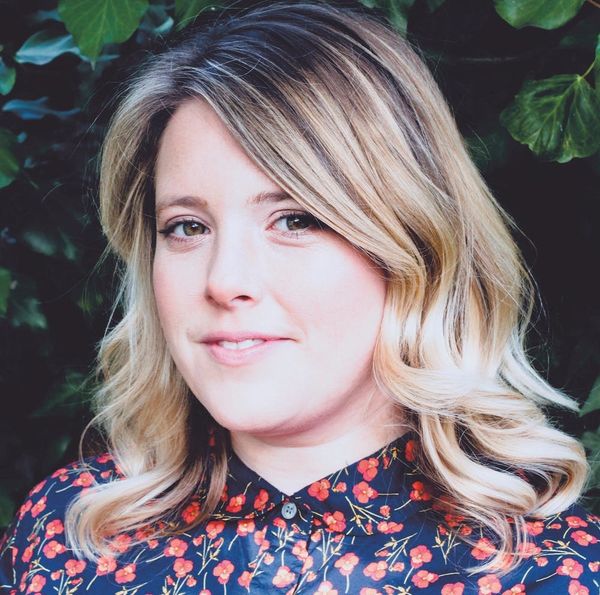 Four years ago, Meaghan O’Connell was 29 and newly engaged, finding her way as a writer in New York City. Then, she accidentally became pregnant.

Though she was in a stable relationship, O’Connell wasn’t exactly positioned for parenthood, either. She and her fiancé shared a small studio apartment in Brooklyn, she was trying to establish her writing career, and none of her friends in New York had had kids. So, when O’Connell did the unthinkable by deciding to go ahead with motherhood, she approached the impending role with a set of expectations pieced together from, among other places, books, fears, and the mommy blogs she and her girlfriends had read for ironic entertainment before anybody’s real-life pregnancy entered the picture.

O’Connell’s new book, And Now We Have Everything: On Motherhood Before I Was Ready (Little, Brown), delves into her pregnancy and the first year of motherhood. It covers, in visceral detail, her prolonged labor and eventual C-section, the sometimes painful reality of postpartum hormones and breastfeeding schedules and, most strikingly, the idea of what it’s like to settle into the life of “a mom” before any of your friends have had the same experience. The result is a raw, often poignant (and very funny!) meditation on the reality of what it means to be a young woman at the prime of life with a whole new identity and set of responsibilities.

“I lost track of time, forgetting for a while that I had a body,” O’Connell writes, describing the first time she left her newborn at home with her partner so she could write at a nearby coffee shop for an hour. “That is, until my breasts started to tingle and I came back to myself with a jolt. The baby! I scrambled to finish the blog post I was working on, hit Publish, slammed my laptop shut, and all but ran home.

“When my milk came down, I imagined it manifesting as desperate hunger on the other end of some invisible thread between my son and me. The strange twinge I felt when it happened was a little like having to pee but less physically painful. It was like needing to pee emotionally. Like if holding your piss made someone else suffer.”

We spoke with O’Connell about her new book and the realities of millennial motherhood and what that role — and identity shift — entails.

BRIT + CO: What made you decide to write this book?

MEAGHAN O’CONNELL: I wrote my first story [about being afraid to give birth] as a TinyLetter, and I didn’t realize I was writing a book. I wrote it for my friends, as a way to articulate it to myself. And it was such a satisfying experience, writing-wise, that I realized I could keep going: writing about breastfeeding, and relationships, and pregnancy and all that, in the same mode or voice. I wrote about being afraid to give birth when I was pregnant, and I guess writing is the way I figure things out. But I was surprised after I had the baby to be unable to talk about it with my friends who I was able to talk about anything with. It felt like too much.

Were you the first of your friends to have a child?

I’m from Tallahassee, Florida. My friends from high school had already had babies. And then I went to Notre Dame, this Catholic university, so I had college friends who already had babies. But in New York, I was kind of the pioneer. A lot of my friends in New York still don’t have kids. It was this subject of fascination for us; we were obsessed with mommy blogs and we would always talk about these crazy birth stories we read, but it was more of a thought experiment, this weird foreign thing. And then I was doing it, and it felt so different than like an extension of it.

The subtitle of your book is “On Motherhood Before I Was Ready,” but the book itself seems to be more about being taken off-guard by the reality of “motherhood” and everything that comes with that loaded term than about being ready or not ready to have a baby.

I feel that way too. I can’t imagine anyone for the first time being ready and knowing what they’re getting into.

It seems like you’re really working through the idea of motherhood as an identity thing. Was that something you’d ever thought about before writing the book?

I got pregnant before I really dealt with that myself. I had this baby and my friends would call me ‘Mom’ and I would be like, ‘Ew, no, I’m not that!’ I thought of my own mom as a mom. It’s such a loaded word, and I wanted no part of that at the beginning. Part of that is internalized misogyny, but still… I loved my baby and had all these ideas of our relationship and how I’d take care of him, but I didn’t know any parents in New York, and I didn’t have any mentor types who could give me an idea of the kind of mom I wanted to be. Instead, my idea of motherhood was defined by what I didn’t want to be. I wanted the book to be about my experience as a person, as a woman, going through this, and less about my kid.

In your book, you write about moving to Portland from New York on a whim shortly after your baby was born. How did it change your experience of parenting?

At first, it was this huge relief. In New York we were in this studio apartment, we didn’t have a sink in our bathroom, we had to walk our laundry down the street, things that are just a part of life that you get used to. We visited Portland when our kid was four months old and we were kind of out of it, and we were like ‘Yeah, we should move here — we’ve got to get out of the city.’ If I was in a saner state of mind, I probably wouldn’t have decided to move across the country just because we could.

Everything seemed so much more comfortable and easy in a time when that was what mattered to me. A few years before, I would have been horrified at that idea, of just wanting to be comfortable.

But then also, I left all my friends and everyone I knew. I had no support. I made friends slowly, and in a way, it was kind of easier identity-wise because with everyone I met, I was a mom already. In New York all of my friends were living their normal lives and I couldn’t really do what they were doing or keep up, or I felt that way. And here I was starting over, and my friends were moms too, and it was a different scene. But I still miss New York and all of our friends. It’s not as clear-cut anymore.

Do your friends in New York have kids now? Is that beginning to happen?

Some of them. But my friends in the book, they still don’t have kids.

So, now that you have a kid of your own, do you still look at mommy blogs?