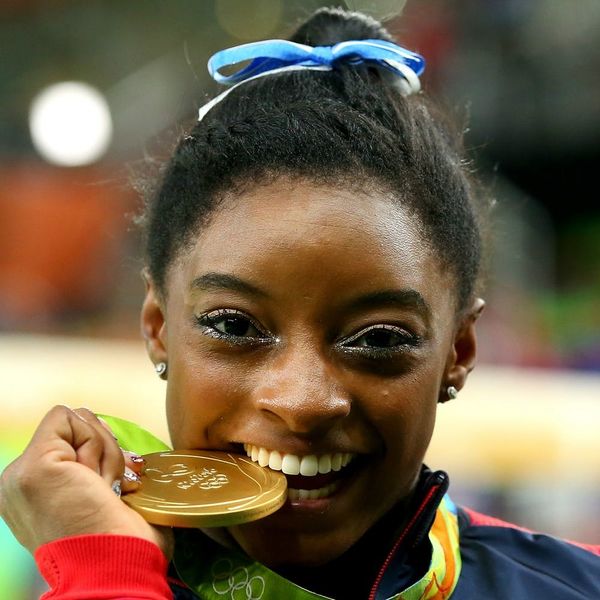 It takes a lot of fuel (and style!) to keep the powerhouses that are Olympians going: Just ask their hopeful counterparts. There’s one type of fuel in particular that they can’t seem to get enough of, though.

As Food.Mic recently discovered, whether they were competing in gymnastics, swimming, running, playing basketball or soccer, all of them had one thing in common when it came to favorite foods: peanut butter.

The article shared 10 separate instances in which the athletes cited the creamy substance as part of their go-to snack.

if you're allergic to peanut butter
I feel sad for you

Below, find all the ways they said they ate their beloved PB.

1. With Fruit: Gold medalist and all-around champion Simone Biles said she liked hers on bananas, which are good for muscle cramps, while diver Abby Johnson and basketball player Elena Delle Donne (who eats mostly gluten-free to control Lyme disease) both put it on apples. Soccer player Nicole Barnhart takes it up a notch, throwing it in with a whole bunch of fruit (berries, bananas, pomegranate fruit) to make delightful smoothies.

2. On a sandwich: No frills here! Simone’s teammate Aly Raisman eats hers on a good old PB&J, while rower Seth Weil said he subs the bread for a tortilla. Triathalon runner Gwen Jorgenson was also on board with the sandwich format, but without the jelly: She likes honey instead.

3. With crunchy stuff: Swimmer Ryan Lochte loves his in KIND bars (us too, RL), marathon runner Jeff Ward digs his on a bagel and marathon runner Shalane Flanagan gets a little more creative, pairing hers with teff (a type of grain) to make peanut butter cookies — yum!

What’s your favorite way to eat peanut butter? Tell us over @BritandCo!

Nicole Briese
Nicole is the weekend editor for Brit + Co who loves bringing you all the latest buzz. When she's not busy typing away into the wee hours, you can usually find her canoodling with her fur babies, rooting around in a bookstore, or rocking out at a concert of some sort (Guns N' Roses forever!). Check out all her latest musings and past work at nicolebjean.com.
Olympics
Entertainment
Olympics
More From Entertainment