Road to Rio: Check Out These Olympians’ Off-Duty Style 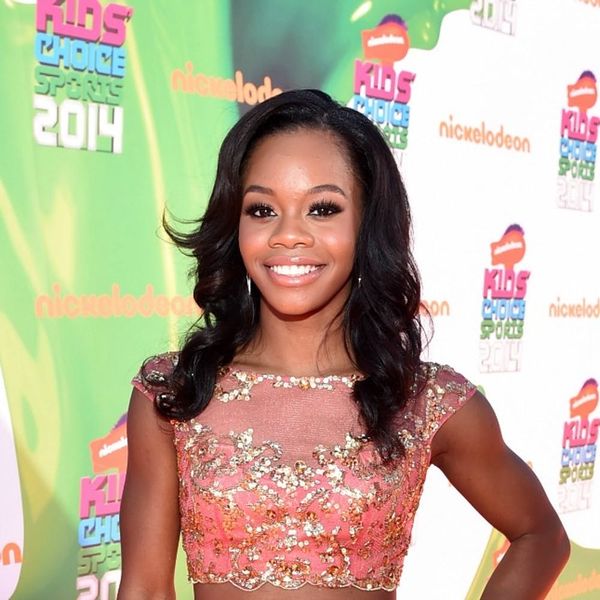 The Summer Olympics in Rio are just around the corner, and we’re turning our attention to the out-of-this-world athletes who will be repping the red, white and blue in style. Olympic mania is in full force, and we can’t wait to see our fave talent as they show their skills on and off the clock. But sometimes it can be difficult to picture Team USA as anything other than the medal-winning marvels that we know and love. Believe it or not, Gabby Douglas doesn’t live her entire life in a bodysuit. The G.O.A.T, Serena Williams, is actually quite the fashion plate. Oh, and soccer player Hope Solo loves to rock red carpet style. We get so used to seeing these athletes in their second homes — whether that’s a field, court or gymnasium — that it can be pretty difficult to view them as anything else but superhuman, uber-talented athletes. But these Olympians, who will be tearing it up in Rio starting in just a few days, have some serious off-duty style. Scroll down to see the best of the best, athletically and sartorially.

1. Hope Solo: When soccer goalkeeper Hope Solo isn’t concentrating on grabbing back-to-back Olympic medals, she’s showing us how to score big on girls’ night out with a sleek, sequined pencil skirt and a wear-everywhere classic button-down. (Photo via Philipp Schmidli/Getty)

2. Gabby Douglas: Gymnast Gabby Douglas is a two-time Olympic gold medalist, so she’s no stranger to doing things on her own terms. Here, she sports a sassy alternative to the cocktail dress with a crop top and full skirt combo — note the touches of gold! (Photo via Alberto E. Rodriguez/Getty)

3. Megan Rapinoe: Dresses are cool and all, but there’s more than one way to make a statement on the red carpet, like Megan Rapinoe does with a statement blazer and metallic brogues. While Megan is wearing silver kicks, we know she’s going for gold in Rio. (Photo via Jason Merritt/Getty)

4. Allyson Felix: When you think of on-the-track style, Flo Jo comes to mind. But off the track, Allyson Felix is making her own lane. The three-time Olympian shows that the rule of three works in style too — red lips, red shirt and red pants. (Photo via Jason Kempin/Getty)

5. Aly Raisman: The beauty of a little black dress is that it lets everything else shine. Three-time medalist and two-time Olympian Aly Raisman lets her sexy gams and tassels on her dress steal the show. Props to her for finding the perfect look to complement her petite frame. (Photo via David Livingston/Getty)

6. Nzingha Prescod: Olympic fencer Nzingha Prescod shows us a less buttoned-up side with this glittery jumpsuit. We’ve seen them as classy, cute and relaxed, but this club-ready look — all sparkles and cutouts — has us wanting to find a dance floor to take over. (Photo via Dave Mangels/Getty)

7. April Ross: The beach is where April Ross is most comfortable, but she looks equally at home on the red carpet in this periwinkle dress. It’s a far cry from her days spent bikini clad in the sand; April looks perfectly styled for a night on the town. Plus, the fringed clutch with the cascading waves makes this look so now. (Photo via Alberto E. Rodriguez/Getty)

8. Serena Williams: When you think of Serena Williams, on-the-court dominance is probably the first and only thing that comes to mind. I mean, Serena’s 22 grand slams ain’t nothing to mess with. But off the court, she’s making grand slams in this classic black and white ensemble with an epic side slit too. I mean, if you have the legs, why not show ’em off? (Photo via Stuart C. Wilson/Getty)

9. Breanna Stewart: The only style that comes into play on the basketball court is of the sneaker variety. But off the hardwood, Breanna is majorly on trend with the waist cutout on her chic color-block dress and metallic open-toed heels. Is it just us, or is she giving major model-off-duty vibes? (Photo via Dave Mangels/Getty)

Looking for more outfit inspiration? Visit us on Pinterest for more!

Septembre Anderson
Septembre Anderson is a multimedia journalist, cultural critic and media commentator. Her published work covers topic areas like fashion, beauty, lifestyle, current events, social justice and health + wellness. While her passions are her profession, Septembre also enjoys losing herself in science fiction and fantasy novels and waiting patiently for the next A Song of Ice and Fire book.
Celebrity Style
Trends and Inspo
Celebrity Style Olympics
More From Trends and Inspo