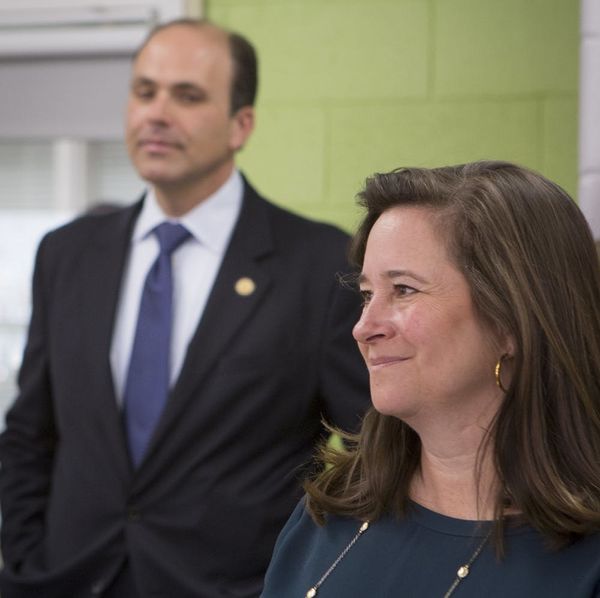 The draw that would have decided a deadlocked race in the Virginia House of Delegates has been delayed, in yet another twist in a political narrative that has seen more back and forth in recent weeks than a tennis match.

The drama started seven weeks ago, when Republican incumbent David Yancey appeared to win the House seat for Virginia’s 94th district by 10 votes. Democratic challenger Shelly Simonds requested a recount and was understandably thrilled when the results came back in her favor by a single vote, 11,608 to 11,607.

Then, the very next day, a three-judge panel reviewing the recount turned the tables again by including a single extra, and previously uncounted, vote for Yancey. The decision brought the tally to a straight-up tie, reports NPR.

In the case of a deadlocked election, state rules dictate a draw. Each candidate’s name is written on a slip of paper and placed in a film canister and then one is plucked from a bowl, reports the New York Times.

While defending the process, elections board chairman James Alcorn admitted that picking names out of a hat is less than ideal.

A live-stream of the draw had already been announced on Twitter when the Virginia State Boards of Elections announced it would delay the dramatic moment, after Simonds announced through a letter from her lawyers that she will be legally fighting the recount decision.

The single vote in question was initially discounted because the voter filled in the bubble for both candidates and then drew a line through the bubble for Simonds. The panel ultimately ruled that the line signified an intention to vote for Yancey. The voter had selected a Republican candidate in all other fields on the ballot. (Take a look at that ballot here).

Simonds is arguing that introducing individual, previously discounted votes during a recount verification is a slippery slope and should be legally contested.

Republicans currently hold power in the Virginia State House by a razor-thin margin of 51-49. If Simonds ultimately wins, Democrats and Republicans will share power in the state’s lower chamber, where Republicans have held control for the past 17 years. A tied chamber would give the state’s Democratic Governor-elect Ralph Northam a better chance at enacting policies.

(Photo by Julia Rendleman for The Washington Post via Getty Images)