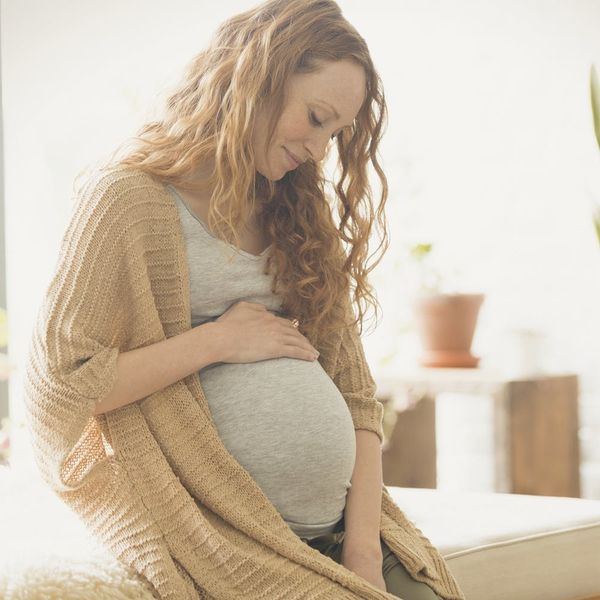 It’s unclear what the exact future of affordable health care holds, but in the present, women are contending with the high costs of reproductive care, including fertility testing. Since going to the doctor to test fertility can easily cost over $1,000, two women entrepreneurs have launched Modern Fertility, a comprehensive at-home fertility test that costs $149.

Today we're excited to introduce Modern Fertility–the first comprehensive fertility test you can take at home. Now, whether you’re waiting to have kids or not, you can take the same tests offered in fertility clinics, right at home–for a fraction of the cost. Tap the link in our bio to learn more. #InformationisPower #Fertility

The founders are Afton Vechery and Carly Leahy, both of whom have worked for years in the health tech sector. Vechery is formerly of the genetic testing company 23andMe, and Leahy helped Uber develop UberHEALTH, a program that delivers flu vaccines, according to Forbes.

According to Modern Fertility’s statement about the company launch, the idea for the company was sparked after Vechery went to a fertility clinic for blood testing and racked up $1,500 in bills in the process.

Vechery told Brit + Co over email: “Women are waiting until later in life to have kids and we still don’t have an easy way to get information about fertility.” And that’s where Modern Fertility comes in. “We wanted to do something to make this kind of information more accessible and more affordable… It’s about time that we have a tool to help us understand this part of our lives.”

Modern Fertility’s test is a comprehensive kit that checks for fertility-related hormone levels. It’s based around a finger prick (so brace yourself for that!) for a blood sample, which is sent to a doctor’s office for lab examination. The site says that after the test, patients receive a “fertility score,” as well as full lab reports that could be helpful during subsequent doctor’s visits. Based on a few conversations we had with millennial women, this product sounds like one that could help make a lot of lives easier.

Alaina, a 24-year-old queer woman, tells Brit + Co she’d be interested in a product like Modern Fertility since she and her partner “can’t find out ‘the hard way’ by trying, and in vitro fertilization and sperm donation are expensive processes to go through.” She says that while she and her partner don’t have immediate plans to conceive, it’s something they want to do soon, and a less expensive home-testing method would make their plans easier.

Rachel, who is 31, also says that she’s not planning to conceive anytime soon, so she’s not sweating the subject too much now, but she could see home-testing being a valuable option while planning a pregnancy.

The test could also bring peace of mind to people who want to have kids, but worry their fertility is compromised by medical issues. Twenty-four-year-old Sarah has polycystic ovary syndrome (PCOS), and tells Brit + Co that she could see herself using a home test since she’s “constantly frightened that I may never have kids, and traditional fertility tests are expensive.”

In general, home-testing has been a positive for women’s reproductive healthcare, as well as the companies who make them. Consider the home pregnancy test, which was not released until 1977, and was revolutionary in that it allowed women another way in which to take their reproductive care into their own hands. It also offered the privacy and convenience of a home test versus trekking to (and paying the bills for) a doctor’s visit. And now it’s a booming business that’s resonated with consumers: 12.12 million Americans said they used a home pregnancy test in 2016, according to US Census data and Simmons National Consumer Survey. The trend has continued, and now other technology for at-home use is popular as well, including ovulation tests and period-tracking apps.

Products such as these, that are low cost (or even free, in the case of many period-tracking apps), allow women easier access to important knowledge about their health, and that certainly includes fertility for a lot of people. Whether it’s for imminent family planning or a general desire for more insight into one’s reproductive health, home-testing fertility puts more knowledge and power into women’s hands.

What do you think of Modern Fertility’s home testing kits? Tell us on Twitter @BritandCo.

Elizabeth King
Elizabeth King is a politics, history, and culture writer based in the Twin Cities. She is generally pretty cranky but still enjoys traveling, music from the early 2000's, and plotting the resistance. Feel free to say hi on Twitter at @ekingc or check out some of her work at www.elizabethcking.com.
Pregnancy
Womens Health
Pregnancy Womens Health