This One Study Will Make You Want to Be a Runner 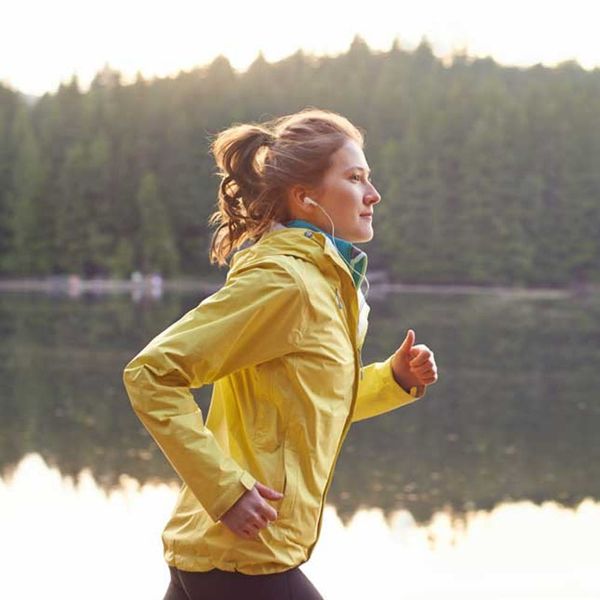 If you’re not a regular pavement pounder, odds are you’ve vowed to start more times than you can count. It’s the one workout that, in addition to countless health benefits and fitness cred, you can do anywhere and costs nothing — save for some new colorful running shoes. But for some, the halo of running and its promise of robust health is just not enough motivation to put down that book you’re absorbed in or take you away from catching up on your shows. But new studies show a more cerebral incentive to lace up: Running actually has the ability to boost brain power and mental ability.

Neuroscientists at Cambridge University devised a test to prove that running pushes the brain to grow more grey matter, including hundreds of thousands of new brain cells. The new cells tend to grow in an area of the brain responsible for memory recollection, which is not only important in learning, but also pretty handy for developing new habits and carrying out everyday cognitive tasks.

The scientists split a group of mice: One half ran on a wheel every day and the other stayed sedentary. They then showed the mice two identical cubes at a certain distance apart. If the mice touched a pedal to one of the squares, they got a treat, to the other, they got nothing. In the beginning of the experiment, the squares were a good distance apart, but the scientists gradually moved them closer to each other, to test how well the mice were able to separate two very similar memories. Mice that clocked in miles on the wheel scored twice as high as the control group, and the sedentary mice got steadily worse. The running mice were able to pull ahead a great deal in the later stages of the experiment. They were able to distinguish between the two squares, despite their proximity, due to their newly formed brain cells.

Why does this happen? Scientists aren’t entirely sure. It could have something to do with the jolt you get from physical activity — increased heart rate, flow of oxygen to the brain and body, hormones pumping full throttle — but researchers speculate running actually improves high-level cognitive function. Exercise can certainly make you more alert, similar to another, more familiar mental stimulant (coffee), but the added brain cells and connections you develop can also make you a better thinker. Not that’s some motivation we can get behind!

Are you a runner? Got some tips for us? Tweet us @BritandCo and let us know!

Abigail Bruley
Abigail is using her recovery time from a Traumatic Brain Injury to learn all that she can about the brain and it's mysterious workings. As a writer, illustrator, and first-time filmmaker, she's always searching for ways to expand creativity and refine her sensibilities. She's written for Refinery 29, NBC, Nylon, and many others and runs the blog /BETTER DAMAGE/ , an irreverent take on life after brain injury .
Fitness
Health
Fitness running science Workouts