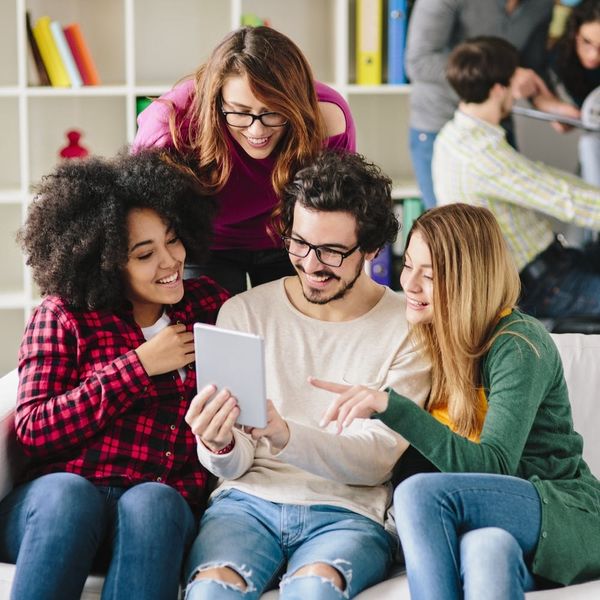 Having a job you actually enjoy going to and rocking every day is the dream. Whether that means you have to make a smart career switch or keep climbing the ladder you’re on, taking steps to be happy in your career is a smart move. And a new study is clarifying one very serious, and simple, step you can and should take: being nice.

Chris Rosen, a management professor at the University of Arkansas, and several colleagues recently discovered that uncivil behavior — think: sarcasm, rudeness and backstabbing — have a contagious effect in the workplace. Or as we like to say, it breeds the Regina George-effect.

And it turns out, bad behavior is bad for business. “Estimates are that workplace incivility has doubled over the past two decades and on average costs companies about $14,000 per employee annually because of loss of production and work time,” said Rosen.

To get the data, Rosen and his colleagues had 70 employees answer questions and complete performance-based tasks three times a day for 10 consecutive workdays. After completing the study, researchers found that when employees experienced rude behavior it increased their mental fatigue, which reduced their self-control and led them to act in a similar, uncivil manner later in the day. Basically, the same scenario that plays out after your work frenemy gets in her first sarcastic comment of the day.

In other not-so-surprising findings, researchers found that these behaviors happened more often in offices where workers do what is best for them and not best for the organization. So to help combat this, researchers suggest that managers provide clear feedback to employees through day-to-day interactions and more formal evaluations.

Long story short, don’t be a mean girl. At work or anywhere else.

Tweet us your bad behavior at work story @BritandCo!