This Woman Created a Lingerie Line Specifically for Women of Color 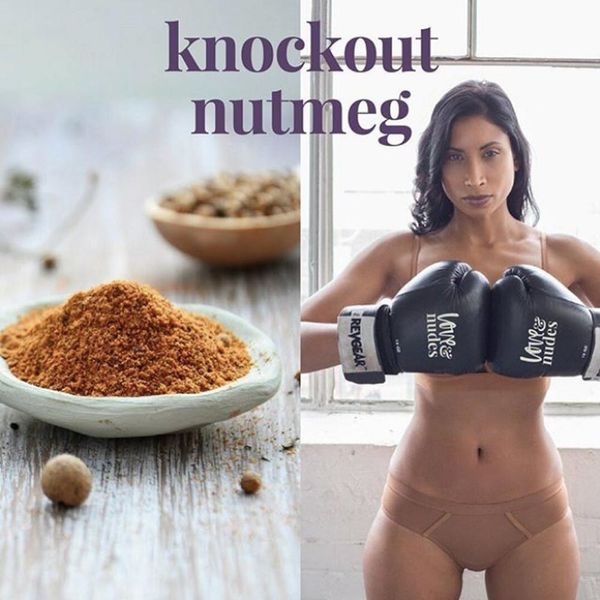 In the fashion industry, the color “nude” often refers to a very specific flesh tone. But whose flesh tone does that represent? For years, people have made the case that flesh-toned offerings should go further to match the skin tones of customers of diverse ethnic origin. After working as a fashion stylist for years, Chantal Carter Taylor became fed up with not being able to find nudes that were functional for her and her clients. So she decided to take matters into her own hands and change the narrative.

Get ready in 2 snaps when you own your tone in our luxurious comfy bra and panty set. We've got you covered under cold shoulders, white, lace, opaque or whatever. No sweat. Literally. Our fabrics have moisture wicking qualities to keep you sweat free! Click on the bio link to own yours today and save time, energy and sweat! #ownyourtone #loveandnudes #melaninQueen Photos:@okozitsk Model: @heyitsinez

Her company, Love & Nudes Lingerie, offers skin-toned lingerie for women of color. Carter Taylor, who is based in Toronto, recalls, “I gave up looking for my own nude and eventually painted my own bra. I thought no woman should have to do this.” After six years of development and one crowdfunding campaign later, which raised more than $25,000, Carter Taylor launched a line in May that she feels proud to stand behind.

Strength and sweetness combined in Love & Nudes. Own your fierce tone in our wire-free ultimate Amanda bra and our super sexy Janati panty. Click on the link to shop our site! #LoveandNudes #OwnYourTone #MelaninMagic

“We want people to realize that nude is more than just one color; it is whatever your skin tone color is,” she says. “This line is about empowering women of color to see what’s possible for them!”

The message of body empowerment is very important for Carter Taylor. Carter Taylor explains via email that for many people of color, they are not used to seeing products made for them and by them in the media. “Subconsciously this is internalized as ‘I’m not relevant, important or good enough’ and in order to have thriving communities we need to have people feeling accepted for who they are especially when it comes to diverse skin tone colors.”

Since the company’s launch, feedback has been great. Carter Taylor tells us that she’s thankful to be working on a line that is providing positive change in women’s self-esteem. “To hear (from customers) that something made them feel great makes all the hard work and difficult times worthwhile.”

Amanda Scriver
Amanda Scriver is a passionate storyteller and body image advocate based out of Toronto, Canada. When she isn't writing for various publications, she finds time to Keep Up With The Kardashians while partaking in life's greatest pleasure: the chip buffet. Don't ask her what her favorite restaurant is, it's complicated
Every Body
Diversity
Every Body inclusivity