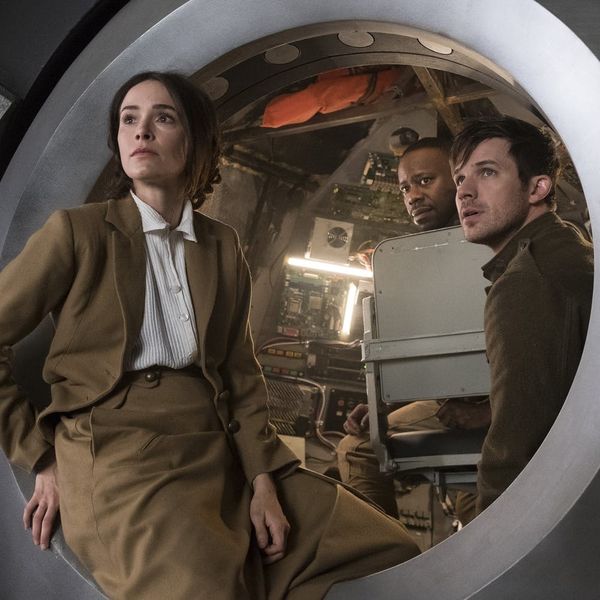 After NBC announced that it wouldn’t be renewing its time-travel drama Timeless after season 1, heartbroken fans rallied and ended up saving the show after all. Now, with season 2 set to premiere in March, a new trailer has been released, and it’s giving fans even more to get excited about.

One scene in particular serves as the highlight — and the biggest tease — of the trailer, and most likely of the entirety of season 2. “You’re in love with Lucy. Just admit it,” Rufus (Malcolm Barrett) can be seen telling Wyatt (Matt Lanter). At that point, the trailer cuts to Lucy (Abigail Spencer) and Wyatt passionately locking lips, to the likely delight of Lyatt shippers everywhere.

But it isn’t all romantic make-outs in season 2, of course. The trailer also shows a quick shot of Garcia Flynn (Goran Visnjic) in captivity, and promises a “new enemy” that the trio will have to confront in the past in order to keep things sailing smoothly in the future.

NBC has previously teased that fans can look forawrd to historical figures such as Marie Curie, William Randolph Hearst, and Hedy Lamarr in season 2, and judging by the first trailer, the once-canceled show will live up to its resuscitated hype.

Check out the trailer below, and watch the season 2 premiere of Timeless on Sunday, March 11, at 10pm ET.

Will you be watching season 2 of Timeless? Let us know @BritandCo!