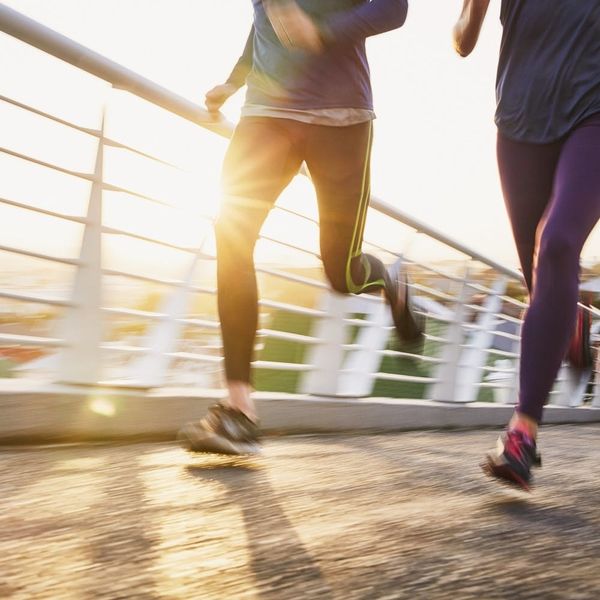 Running is an essential part of every fitness routine. It’s accessible to anyone, regardless of athletic ability or equipment, and it seems simple enough, right? Well, yes and no. The basic motion of running — one foot in front of the other — is pretty straightforward, but any beginner who’s ever taken off Forrest-Gump style and barely made it through the first mile (we’ve all been there) will tell you there’s a bit more to it than that. But it doesn’t have to be complicated!

Here, Aaptiv trainer Meghan Takacs, who created three 5K training programs for Aaptiv — one each for beginner, intermediate, and advanced runners — breaks down her top three tips for new runners. Read on to find out where to begin and then check out all Takacs’ running workouts and training programs in the Aaptiv app.

1. Don’t do too much too soon. It’s easy for beginner runners to get excited once they get their first dose of the runner’s high. “Often times, because they haven’t run too much before, beginner’s may try to run a lot at once,” says Takacs. “They may think they need to run more in order to get better, but their bodies simply aren’t ready for such big ambitions.”

In order to avoid injury, but still make progress, Takacs recommends running two or three days per week with two days of strength training per week as well, which will build muscle and protect the body. “It’s important for beginners to understand that you don’t need to run more to run better,” says Takacs. “A structured week of running and strength workouts will help you get stronger and faster.”

2. It’s all about mechanics. If you thought running was just, well, running however you run, think again. It’s important to feel comfortable while you run, but it’s even more important to run with proper form. “As a beginner, it’s especially crucial to focus on the mechanics of running,” says Takacs. “Focus on the correlation between your muscles and your stride.”

If you start a running routine with proper form and mechanics, you’re more likely to experience a stronger, more injury-free running career, she explains. For more detailed coaching on running mechanics, check out some of Takacs form-focused running workouts in the Aaptiv app.

3. Add variety to your workouts. This may seem odd to those strictly focused on running, but variety is the spice of life and possibly the key to becoming a stronger runner. “A lot of beginner runners think they just need to run to get better, so they stick to a steady pace,” says Takacs. “But the more you vary your workouts, the more your body will acclimate to changes and challenges, which is important for runners.”

As mentioned above, adding strength training into a running routine is critical for cross-training and building muscle necessary to run better. But you can also simply vary your runs. “Add in HIIT workouts, intervals, longer runs, and tempo runs,” says Takacs. Changing up your routine won’t just help stave off boredom, but it will also help you make progress and achieve smaller goals along your running journey.

“Starting out running is difficult and mental toughness is the hardest barrier for beginners,” says Takacs. Trying new running styles and workouts will keep your body and mind challenged and inspire progress.

Do you have a great tip for beginner runners? Share it with us @BritandCo and @Aaptiv.

- -
Aaptiv is a fitness company taking the guesswork and the boredom out of exercise. Our audio-based workout classes combine the motivation of a personal trainer with the perfect playlists to turn your workouts into effective, music-driven experiences. With over 2,500 classes in-app and 50 new ones added weekly in a variety of categories, we’re committed to giving you the guidance and information you need to be successful on your fitness journey… and to actually look forward to working out.
Fitness
Health
Fitness Workouts
More From Health