The First Family Photo With Princess Charlotte Is Stunning 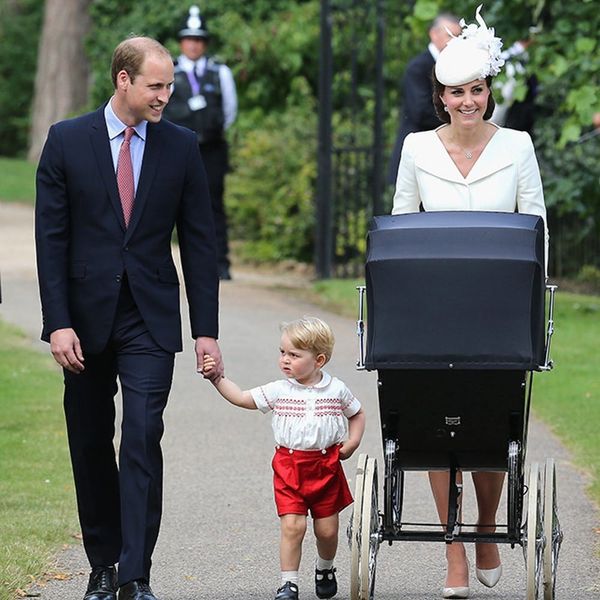 Wow, it seems like just yesterday we were on pins and needles awaiting the arrival of Princess Charlotte during #RoyalBabyWatch. Fast forward to July and we’ve gotten some adorable shots of the little gal with proud parents Princess Kate + Prince William and an ever cuter photo shoot of little Charlotte with her big brother Prince George. Now comes another milestone in the two-month-old royal baby’s life: her christening. And what’s a christening without a family photoshoot, right?

After Princess Charlotte’s July 5 baptism at St. Mary Magdalene Church in Norfolk the family headed to Sandringham House, Queen Elizabeth’s Norfolk country home, to celebrate. During the festivity famous fashion photographer Mario Testino — who was a favorite of Princess Diana’s — snapped stunning photos of the Royal Family and the Middleton’s, which Kensington Palace kindly shared on Twitter this morning. Seriously, they know how to keep those of us that are Royal Family-obsessed happy ;)

Wearing a gorgeous christening gown, Princess Charlotte truly looks like royalty while being held in Princess Kate’s ever-fashionable arms — we can’t lie, we’d totally rock her fascinator. But, even though it was Princess Charlotte’s day, Prince George definitely stole the show in these photos. Just look at those cheeks in the father-son shot alongside proud papa Prince William. What a ham <3

Obviously feeling super generous, Kensington Palace also shared an extended family portrait of the Royal Family and the Middletons that included Queen Elizabeth, Prince Philip, Prince Charles and wife Camila alongside Kate’s parents Carole and Michael Middleton and her siblings Pippa and James. Prince Harry missed out of the action as he’s currently in Africa doing charity work. Acceptable reason to miss out on the family affair, but we miss you Harry, come back to us.

Thoughts on the royal family’s christening photos? Share them with us in the comments.